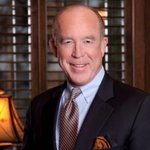 Dr. Steve Hotze is the founder and CEO of the Hotze Health & Wellness Center in Houston, TX where they’ve helped more than 30,000 patients to take charge of their health. But Steve Hotze is more than just a doctor — he’s an entrepreneur and a pioneer who has spent his career pushing back on the HMO’s, PPO’s, insurance companies, and big-pharma to build a medical practice that’s focused on one thing…the patient’s health.

What a terrible interview with a horrid snake oil salesman. I’ll remind you that Steve Hotze opposes gay marriage, because it means “kids will be practicing sodomy in kindergarten.” https://www.chron.com/news/politics/texas/article/Houston-GOP-activist-Steven-Hotze-Kids-will-be-enc-6386471.php

I thought the Changelog was supposed to be an inclusive network, and you gave a bigot a giant platform to spew verifiable lies. Hotze’s personal bigotry aside, there was that entire section about how terrible the insurance companies are because they don’t have … which was immediately followed by how terrible government-run healthcare is because “socialism is communism without the guns.”

This is untrue. Socialism/government-run healthcare systems are designed to reduce costs through focusing on the needs of we the patients, not insurance CEO’s. The problem Hotze rants about is exactly the problem that socialized medicine is aiming to solve, and it works in most developed countries in the world.

If you want to unseat “big pharma,” you don’t do so through “free enterprise.” Free enterprise is what got us into the situation we’re in right now. It’s good business to create monopolies and bureaucracies.

And let’s talk about this dichotomy Steve Hotze tries to make between “natural” and “poison.” That is a false dichotomy. Nothing is “natural,” many of the “poisons” Hotze talked about were created from the same plants Hotze praises. While, yes, we should work on systems that mask – again… this is the point of healthcare reforms pushes. We want people to get preventive care before their heart explodes… that requires creating a system that encourages people to see healthcare professionals early and often.

Hotze is angry about ethics boards because he’s an unethical person. There’s a reason there are restrictions on advertising. That system was designed to solve many of the problems Hotze rants about… to focus on the needs of the patient, not the needs of a greedy doctor (or insurance company, or government, or pharma, etc.)

I couldn’t even finish watching this awful episode. It would’ve been fine if Adam had pushed back or challenged Hotze, but he didn’t - he just