Robert Laszczak does a good job defending/explaining many gophers’ position on frameworks:

Go frameworks exist, but none provides a feature set like frameworks from other languages. This won’t change soon.

You may think that it’s because the Go ecosystem is younger. But there is a more important factor. Go is built around the Unix Philosophy… 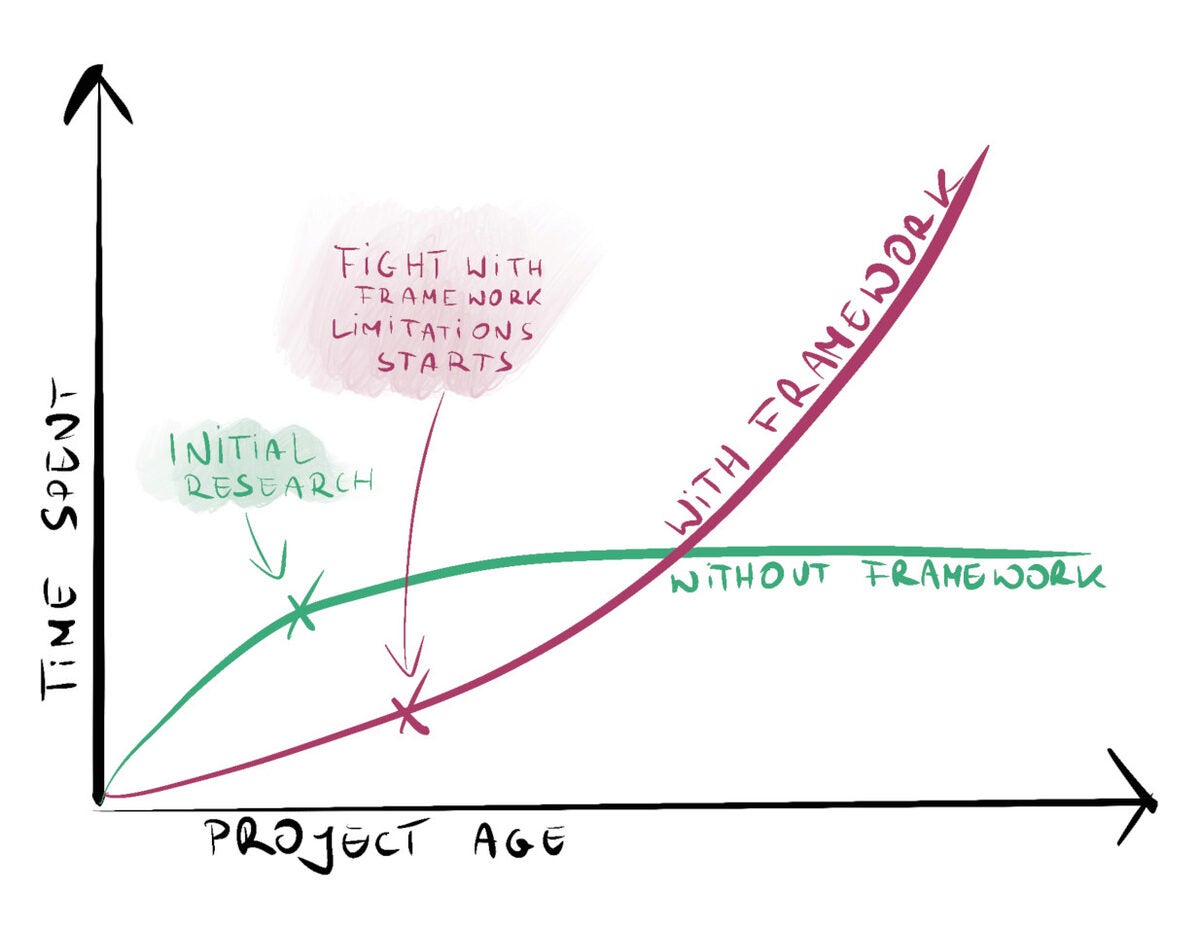 Sourcegraph helps devs find, understand, and fix all their code across multiple code hosts in a single place.

With Sourcegraph Cloud, you can experience the power of Sourcegraph’s code intelligence platform used at 4 out of 5 FAANG companies and search your codebase with a secure, scalable, dedicated Sourcegraph instance on the cloud.

Learning C was quite difficult for Tom M. Thankfully for us, along the way he collected summaries, signposts, and advice for these broader points that made his journey with C and other compiled languages easier. So, if you’re on a similar journey, this page will serve you well on your way.

Burnout has reportedly reached a critical point in the software developer circle since the onset of the Covid-19 health crisis. A recent study by Haystack Analytics, a company specializing in productivity of engineers, found that 83% of software developers suffer from burnout. The main reasons given by the latter to explain this exhaustion are high workload (47%), process inefficiency (31%) and lack of clarity of objectives and targets (29%).

This awesome list clocs in at ~1500 lines and has been maintained for six years now. It could use some help in the podcasts section, though…

Jake Lazaroff spent the last few months learning Tailwind with an open mind and he’s ready to share his opinion of the popular CSS framework:

Tailwind is commonly described as “utility classes”, but that’s a bit of an understatement. It’s essentially a small language you write in the class attributes of your HTML that compiles to a combination of CSS rules and selectors — an abstraction over CSS. But all abstractions leak, and Tailwind is very leaky.

When an abstraction leaks, it means you still have to be aware of (and sometimes deeply so) the underlying layer that’s being abstracted. In this case, Jake is saying that you still need to know CSS to use Tailwind and lays out a few scenarios in which this is the case.

This might be unfair to Tailwind. To my knowledge, the team has never promoted it as a CSS replacement. At its core, it really is just a set of class names that apply styles. But even after working with it for months, there’s still a mental translation layer between “Tailwind CSS” and “real CSS”.

If you’ve ever had to split a string into sentences, you may have reached for a naive regular expression:

Instead of giving yourself two problems, Stefan Judis says maybe reach for Intl.Segmenter, which he shows is quite sophisticated and supported everywhere but Firefox.

Software bugs are frustrating for everyone. End users lose patience and leave, developers struggle to reproduce errors, and businesses lose customers without even knowing why. That’s exactly why modern development teams need error monitoring more than ever.

This guide is everything you need to know about error monitoring software.

While the Data class is not meant to be used directly, it can be used as a base class for creating custom value objects. The Data class is similar to Struct, but the key difference being that it is immutable.

In its heyday, most Rubyists wouldn’t touch immutability with a ten-foot pole. Times, they are a changin’…

Mat Ryer has a very particular set of skills… 🤣