Measure it so you can improve it, but how?

…performance metrics are surprisingly challenging to get right.

On the one hand, it is hard to design metrics that accurately represent the user experience. On the other hand, it is difficult to make metrics that are usefully precise. As a result, many teams cannot trust their performance data.

Even with accurate and precise metrics, the data is hard to use. How do we define “fast”? How do we balance speed and consistency? How do we quickly find regressions or see the impact of optimizations?

Damian Gryski joined the show and talked with us about perfbook, performance profiling, reading white papers for fun, fuzzing, and other interesting projects and news.

When you look at the evidence, it’s hard to see one could argue performance doesn’t have ethical ramifications. So clearly, folks who have built a heavy site are bad, unethical people, right? Here’s the thing. I have never in my career met a single person who set out to make a site perform poorly. Not once. People want to do good work. But a lot of folks are in situations where that’s very difficult.

The business models that support much of the content on the web don’t favor better performance. Nor does the culture of many organizations who end up prioritizing the next feature over improving things like performance or accessibility or security.

I would argue the other angle, “Web performance as compassion” to show how you can show compassion for the users of your software through performance.

The W3C is standardizing the Server-Timing API, which means it’ll be getting easier and easier to push server-side metrics in to our dev tools.

Ole Michaelis takes us through plugging (pun intended) it all together with Phoenix. It’s almost too easy! 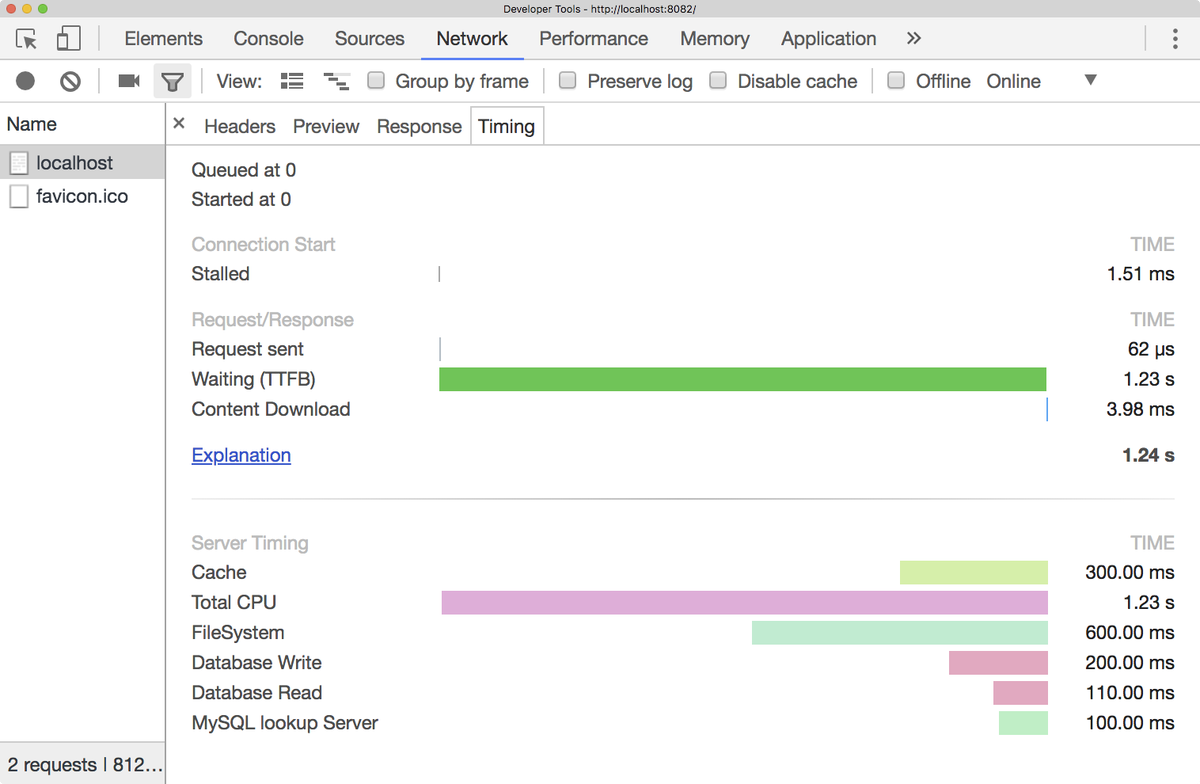 Mimesis… provides data for a variety of purposes in a variety of languages. The fake data could be used to populate a testing database, create fake API endpoints, create JSON and XML files of arbitrary structure, anonymize data taken from production and etc.

Data generators like Mimesis are fun to use (and I imagine fun to code as well):

Addy Osmani has created an excellent resource for all developers interested in optimizing their web performance (which should be pretty much all of us).

You’ve probably heard of Puppeteer, which lets you control Chromium headlessly over the DevTools protocol. This repo shows you how to use Puppeteer to automate performance measurement, such as getting a performance trace for a page load:

Which produces the results in the image below. 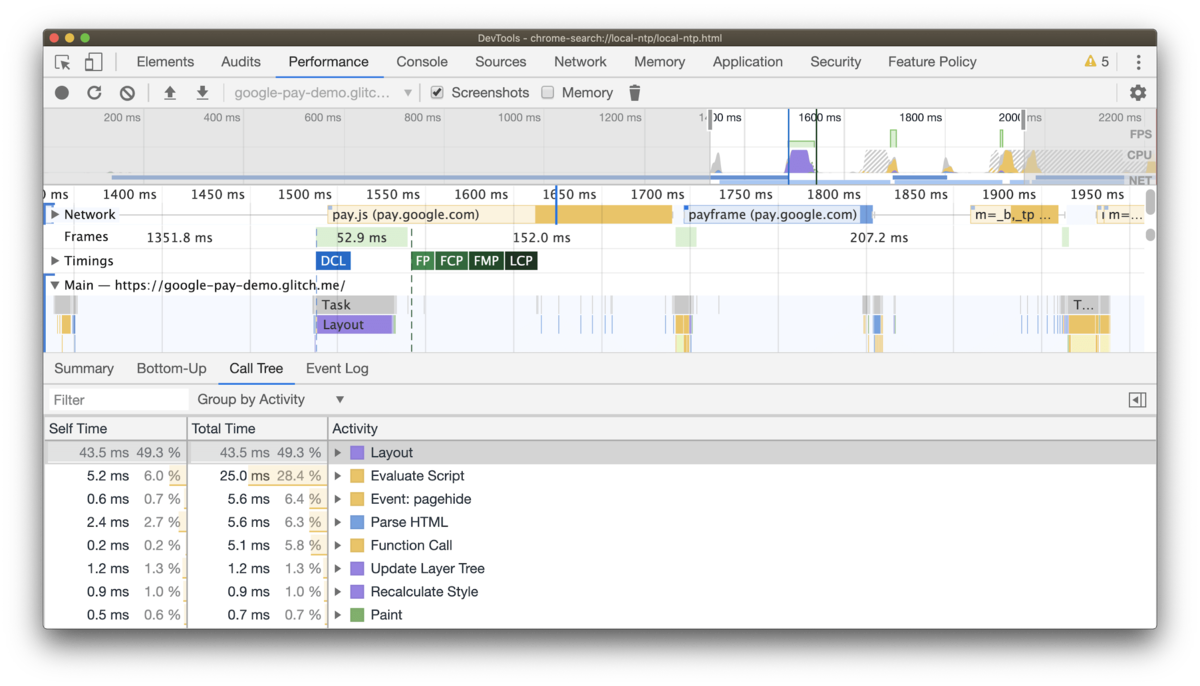 RoadRunner is an open source (MIT licensed), high-performance PHP application server, load balancer and process manager. It supports running as a service with the ability to extend its functionality on a per-project basis.

RoadRunner is written in Go, and can be used to replace the class Nginx+FPM setup, boasting “much greater performance”. I’d love to see some benchmarks. Better yet, I’d love to see someone use this in production for a bit and write up their experience.

Peter Hedenskog joined the show to talk about SiteSpeed.io and web performance. We covered where it came from, where it’s going, and more importantly, simple ways you can focus on your web performance.

Among the improvements in Dalli:

To get started, just install the gem

You can then write to and read from your cache:

Riak, REE-ahk, combines the power of Erlang with the ubiquity of JSON to deliver a highly scalable document store over REST. Hold on CouchDB fans, before you pounce, you haven’t heard this one before.

Riak is architected for master-less replication from the GET-go. All nodes participate equally in the replication so scaling horizontally means just adding new servers to join the party.

Every datum stored in Riak can have one-way relationships to other data via the Link HTTP header. In the canonical example, you know the key of a band that you have stored in the “artists” bucket (Riak buckets are like database tables or S3 buckets). If that artist is linked to its albums, which are in turn linked to the tracks on the albums, you can find all of the tracks produced in a single request. As I’ll describe in the next section, this is much less painful than a JOIN in SQL because each item is operated on independently, rather than a table at a time. Here’s what that query would look like:

Map/Reduce works a bit differently in Riak. Riak’s Map function expects a list of keys on which it should run. You can of course pass every key in your bucket, but doing Map in this way allows Map to be run on the node where the data is actually stored.

Riak ships with libraries for Python, Ruby, Java, Erlang, and even JavaScript. Want to know more? Stay tuned. Riak will be the focus of an upcoming episode of The Changelog.

Built in Rust, Vector places high-value on performance, correctness, and operator friendliness. It compiles to a single static binary and is designed to be deployed across your entire infrastructure, serving both as a light-weight agent and a highly efficient service, making the process of getting data from A to B simple and unified. 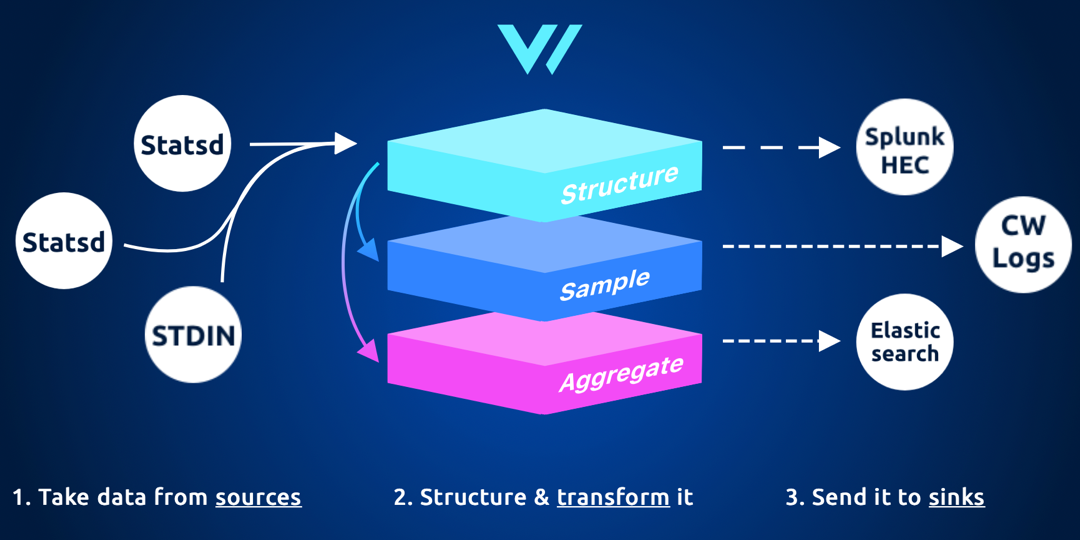 If you haven’t attended the workshop directly, the next best thing is to learn indirectly by reading the workshop’s docs.

The goal for this workshop is to give you the tools you need to diagnose performance problems in your Go applications and fix them.

It’s licensed under the Creative Commons Attribution-ShareAlike 4.0 International license and the source is on GitHub.

Hold on to your seat! This is a deep dive on improving time-to-interactive for Netflix.com on the desktop. Addy Osmani writes on the Dev Channel for the Chromium dev team regarding performance tuning of Netflix.com. They were trying to determine if React was truly necessary for the logged-out homepage to function.

Even though React’s initial footprint was just 45kB, removing React, several libraries and the corresponding app code from the client-side reduced the total amount of JavaScript by over 200kB, causing an over-50% reduction in Netflix’s time-to-interactivity for the logged-out homepage.

There’s more to this story, so dig in. Or, share your comments on their approach to reducing time-to-interactivity and if you might have done things differently.

It is 100% compatible with HAProxy, and takes full advantage of the ACL functionality of HAProxy to provide fine-grained caching policy based on the content of request, response or server status.

Here’s a detailed benchmark backing up these claims.

Yesterday’s coverage of CloudFlare’s new DNS service (1.1.1.1) was met with a few cries of “SLOWER FOR ME”!

Is it faster or slower in your neck of the woods? You can find out easily by running the linked script. CloudFlare wins easily from where I’m sitting (see below). Off to go change my settings!

A nice primer on using EXPLAIN to see how Postgres’s execution planner has interpreted your query and ANALYZE to actually run the query and see the time it took to execute it according to that plan.

When and where to optimize — Every optimization has a cost. Generally this cost is expressed in terms of code complexity or cognitive load – optimized code is rarely simpler than the unoptimized version. But there’s another side that I’ll call the economics of optimization. As a programmer, your time is valuable. There’s the opportunity cost of what else you could be working on for your project, which bugs to fix, which features to add. Optimizing things is fun, but it’s not always the right task to choose. Performance is a feature, but so is shipping, and so is correctness.

I love finding new uses for PhantomJS, and Phantomas is exactly that. It's both a command-line tool and CommonJS module for collecting web performance metrics.

Phantomas takes a "module" approach to its architecture and there are a billion and one modules to pick from. Everything you need to get started is in the README.

While still in an early stage of development, Revel (a Go-based web framework by Rob Figueiredo) shows a lot of promise.

That’s pretty impressive from a project that hasn’t reach 1.0 yet. If you are big in to Go — or if you’re looking to learn — definitely check it out!

React Quantum parses through your React application to create a color-coded tree model of its component hierarchy. On hover, each tree node will display two key component performance metrics—render time and re-render frequency—as well as memoized state and props to indicate what, specifically, initiated the render.

Wondering why your Node app is slow? Call the clinic doctor and it’ll spit out a diagnosis along with recommended solutions. 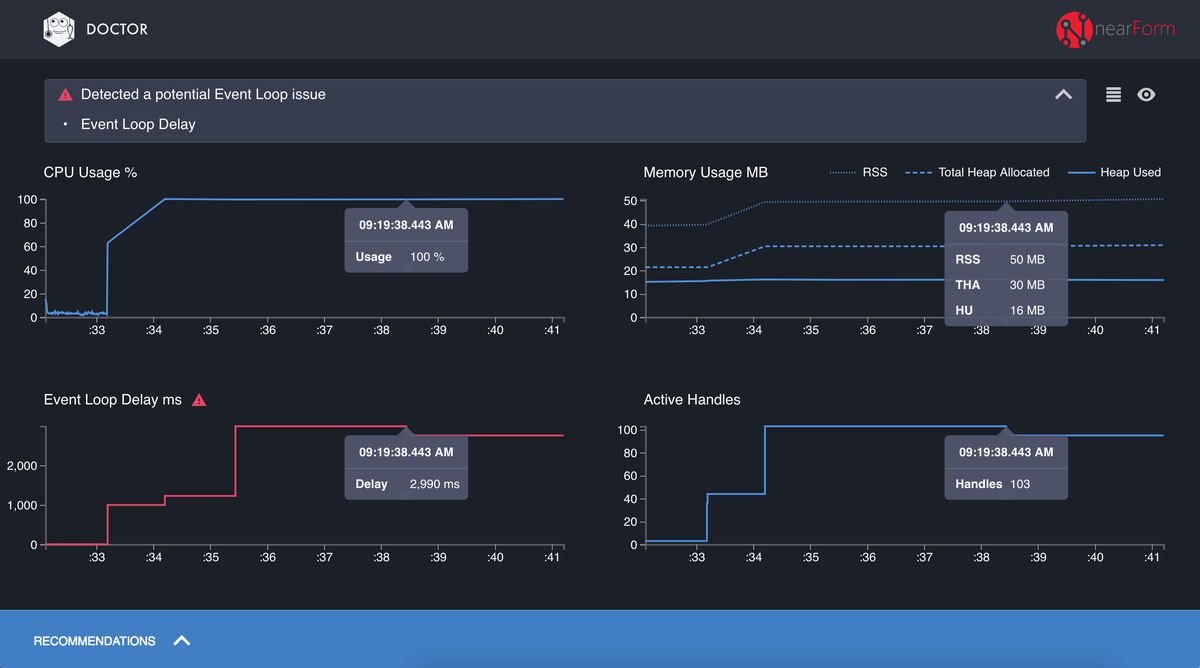 Want to quickly analyze your website's asset loading performance? Add PerfMap to Chrome's bookmarks bar, load up your site, and trigger the bookmarklet to see a heat map similar to the one below: This is for one of my applications, running on Heroku. It gives you real-time updates; these graphs actually change as you watch them.

It’s pretty easy to use the version Heroku has up, located at https://log2viz.herokuapp.com/, I was already logged into my Heroku account, and all my apps were there.

If you’d like to use your own private install, that’s easy too: just clone the repo and do this:

Pretty easy! Now you have your own copy running on an app.

For more details, check out the official blog post over on Heroku’s blog: it explains more details about how it actually works.

k6 is a modern load testing tool, building on Load Impact’s years of experience in the load and performance testing industry. It provides a clean, approachable scripting API, local and cloud execution, and flexible configuration.

A team of scientists at LMU Munich have developed Pattern-Exploiting Training (PET), a deep-learning training technique for natural language processing (NLP) models. Using PET, the team trained a Transformer NLP model with 223M parameters that out-performed the 175B-parameter GPT-3 by over 3 percentage points on the SuperGLUE benchmark.