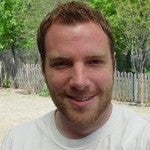 Jerod Santo is riding solo talking with Kurt Mackey, co-founder of Fly. He talked to him about his work at Ars Technica, his prediction on tabs being a fad, and Kurt being a founding member of MongoHQ, which was later renamed to Compose and acquired by IBM. Jerod also talked to him about lighthouse scores, performance, and an interesting program Fly is instituting to compensate open source project maintainers.