If you’ve been wondering how Microsoft’s mix of Chrome and Edge would look, then check this out. Tom Warren writing for The Verge:

Most of the user interface of the browser is a mix of Chrome and Edge, and Microsoft has clearly tried to add its own little touches here and there. There’s a read aloud accessibility option, and it simply reads the page out loud like it does in existing versions of Edge. Some features that you’d expect from Edge are missing, though. Microsoft hasn’t implemented its set aside tabs feature just yet, and write on the web with a stylus isn’t available. A dark mode is only available via a testing flag right now. 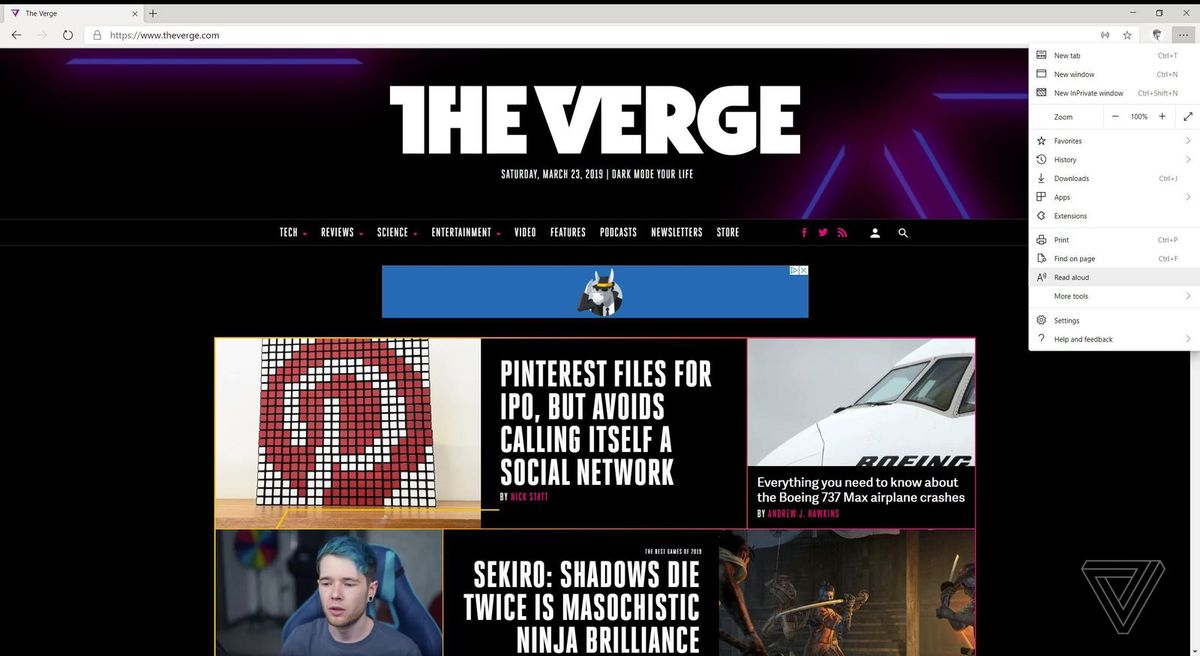