dos-like is a programming library/framework, kind of like a tiny game engine, for writing games and programs with a similar feel to MS-DOS productions from the early 90s.

Rather than writing code that would run on a real DOS machine, dos-like is about making programs which run on modern platforms like Windows, Mac and Linux, but which attempts to recreate the look, feel, and sound of old DOS programs. 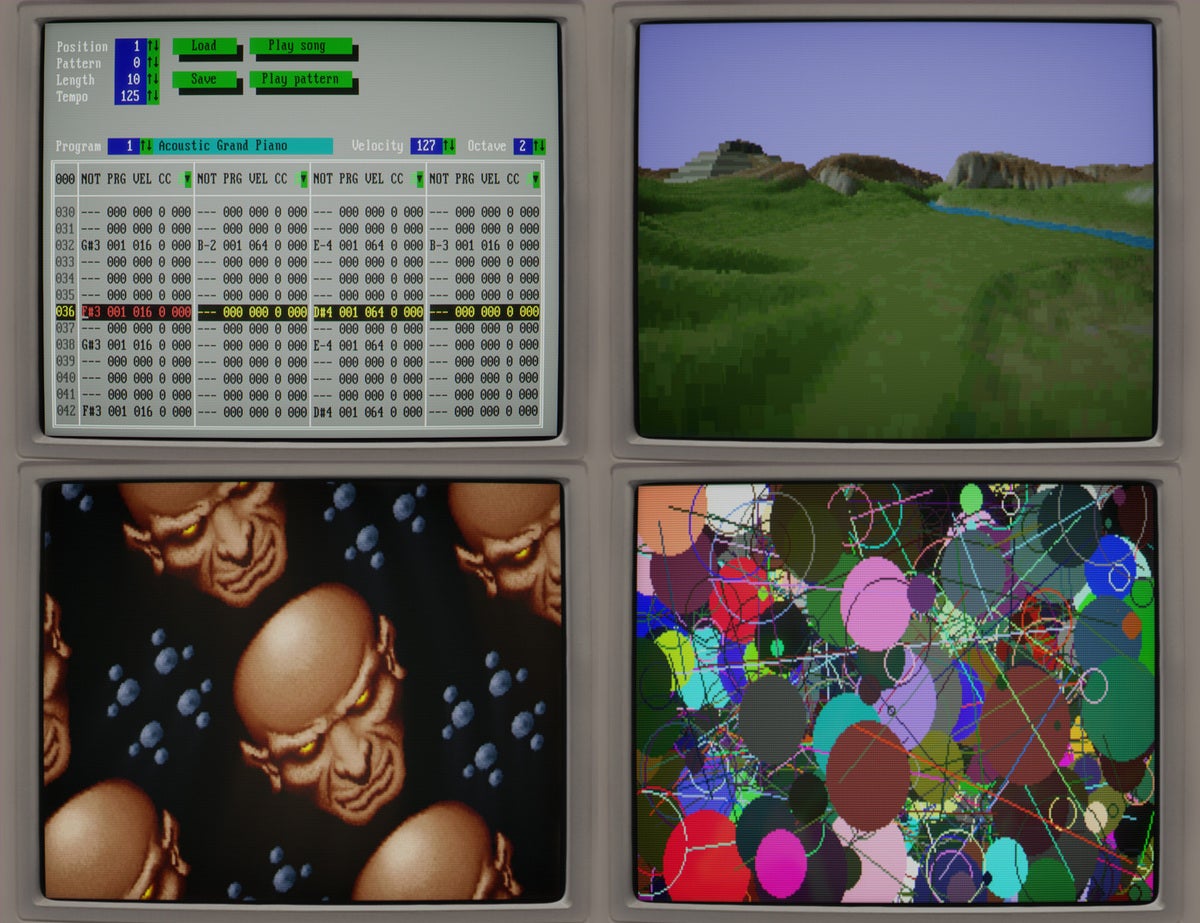