This week we’re talking about product development structures as systems with Lucas da Costa. The last time we had Lucas on the show he was living the text-mode only life, and now we’re more than 3 years later, Lucas has doubled down on all things text mode. Today’s conversation with Lucas maps several ideas he’s shared recently on his blog. We talk about deadlines being pointless, trajectory vs roadmap and the downfall of long-term planning, the practices of daily stand-ups and what to do instead, measuring queues not cycle time, and probably the most controversial of them all — actually talking to your customers. Have you heard? It’s this newly disruptive Agile framework that seems to be working well.

We are a group of programmers helping each other build new things, whether it be writing complex encryption programs, or simple ciphers. Our goal is to work together to document and model beautiful, helpful and interesting algorithms using code.

We are an open-source community - anyone can contribute. We check each other’s work, communicate and collaborate to solve problems. We strive to be welcoming, respectful, yet make sure that our code follows the latest programming guidelines.

We’re back with another spicy YepNope debate! This time, Amelia and KBall are arguing that there’s real value to (continue) using React in 2022, while Amal and special guest (and author of the post which stemmed the whole debate) Josh Collinsworth argue that React’s time leading innovation has passed. Of course, the stance each panelist is taking is assigned ahead of time. Is that how they really feel? Tune in and find out!

If you are running Kubernetes, or really any kind of microservice architecture, you will eventually run into challenges with communication and synchronization between your instances. To solve this, I recommend deploying an instance of NATS as part of your initial infrastructure setup.

NATS is great! I tell you why in this blog post.

We recently logged jqq (an interactive wrapper around jq), but Ruby means installing it can be a burden. jqp wraps gojq, so it compiles to a universal binary and the UI is pretty compelling as well.

Unlike the alternatives, Rocketry’s scheduler is statement-based. Rocketry natively supports the same scheduling strategies as the other options, including cron and task pipelining, but it can also be arbitrarily extended using custom scheduling statements.

That’s pretty useful! I used to struggle to shove conditionals in to my cron jobs. Example time:

Dave Farley, co-author of Continuous Delivery, is back to talk about his latest book, Modern Software Engineering, a Top 3 Software Engineering best seller on Amazon UK this September. Shipping good software starts with you giving yourself permission to do a good job. It continues with a healthy curiosity, admitting that you don’t know, and running many experiments, safely, without blowing everything up. And then there is scope creep…

PyScript is a Pythonic alternative to Scratch, JSFiddle, and other “easy to use” programming frameworks, with the goal of making the web a friendly, hackable place where anyone can author interesting and interactive applications.

Lots of code examples of various apps (clock, repl, todos, etc) here. I love the why behind this effort:

They want to bring programming to the 99%. Somebody’s gotta do it…

In this episode, we will be exploring interviewing as a Software Engineer. Tips, tricks, and gotchas, as well as potentially some interviewing horror stories and red flags to avoid at all costs. We’re joined by Emma Draper, Engineering Manager at the New York Times based in Arizona, and Kate Jonas, goes by Jonas, Technical Enablement Manager at Datadog based in Denver.

Our shows have chapters baked in now, whoop whoop! This post details some of the challenges we had to overcome to get that done, including a brand new open source Elixir library for reading & writing ID3v2 tags.

They’re really putting the Open in OpenAI with this one…

Whisper is an automatic speech recognition (ASR) system trained on 680,000 hours of multilingual and multitask supervised data collected from the web. We show that the use of such a large and diverse dataset leads to improved robustness to accents, background noise and technical language. Moreover, it enables transcription in multiple languages, as well as translation from those languages into English. We are open-sourcing models and inference code to serve as a foundation for building useful applications and for further research on robust speech processing.

We might need to give this a spin on our transcripts. Who knows, maybe our next big innovation could be The Changelog in German, French, Spanish, etc!

Nick Nisi hasn’t played it yet, but he’s already declared TDungon to be the “Game of the Year”…

I’m not anti-BEM nor anti-roboclasses, but as we enter a new era for CSS I think we have an opportunity to rethink best practices around architecting CSS. Before we get lost rethinking the wheel, let’s hold on to some good principles from the past decade or so:

With those principles, let’s dive into some CSS architecture alternatives.

He goes on to describe CUBE, HECS, WILS, GPC, and other systems that haven’t even been named yet 😆

There is a lot of attention on securing “software supply chains.” The usual approach is that you want to try to avoid security issues in your underlying components from impacting customers of your product; and when they do, you want to be able to respond quickly to fix the issue. The people who care about this class of problem are often software companies. The class of components that are most concerning these companies are ones where unpaid hobbyist maintainers wrote something for themselves with no maintenance plan.

This is where the supply chain metaphor — and it is just that, a metaphor — breaks down…

I think we all know this intrinsically, but it’s easy to forget. iliana goes on to describe feelings I’ve heard expressed by a few maintainers recently:

I just want to publish software that I think is neat so that other hobbyists can use and learn from it, and I otherwise want to be left the hell alone. I should be allowed to decide if something I wrote is “done”. The focus on securing the “software supply chain” has made it even more likely that releasing software for others to use will just mean more work for me that I don’t benefit from. I reject the idea that a concept so tenuous can be secured in the first place.

The picture below explains it better than I can with words. 👇 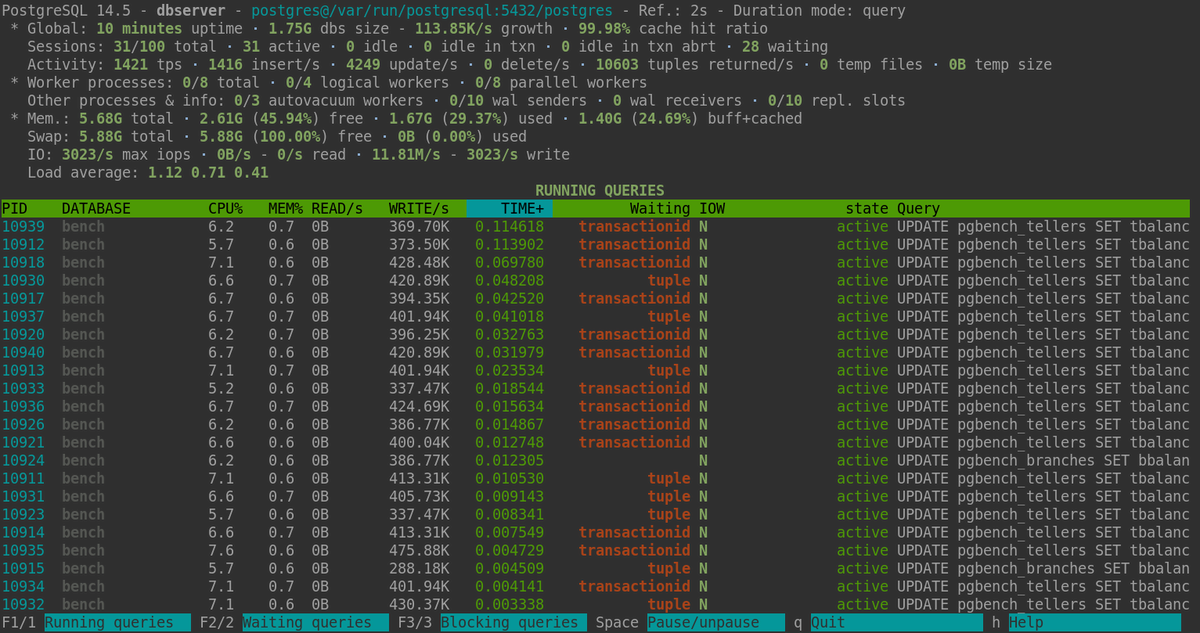 WeightWatcher, created by Charles Martin, is an open source diagnostic tool for analyzing Neural Networks without training or even test data! Charles joins us in this episode to discuss the tool and how it fills certain gaps in current model evaluation workflows. Along the way, we discuss statistical methods from physics and a variety of practical ways to modify your training runs.

This essential guide is designed to be useful for pretty much any team member: find out why your project would benefit from a shared set of practices and patterns between designers and frontend engineers.

Here’s Paul Graham with some wise advice he’s learned from YC’s users — this also tees up a large conversation on this Friday’s episode of The Changelog (talk to your users).

I recently told applicants to Y Combinator that the best advice I could give for getting in, per word, was. Explain what you’ve learned from users.

Here’s why that makes sense.

That tests a lot of things: whether you’re paying attention to users, how well you understand them, and even how much they need what you’re making.

But giving this advice made Paul consider what he has learned from YC’s users (the startups they’ve funded). This one is almost cliché at this point, but still quite true.

Focus is doubly important for early stage startups, because not only do they have a hundred different problems, they don’t have anyone to work on them except the founders. If the founders focus on things that don’t matter, there’s no one focusing on the things that do.

We’re currently refurbishing 🙃 our authentication stack at Back Market, and we need to onboard our developers and teams to various OAuth2 concepts. Here’s our take on OAuth2 (with cute shapes. 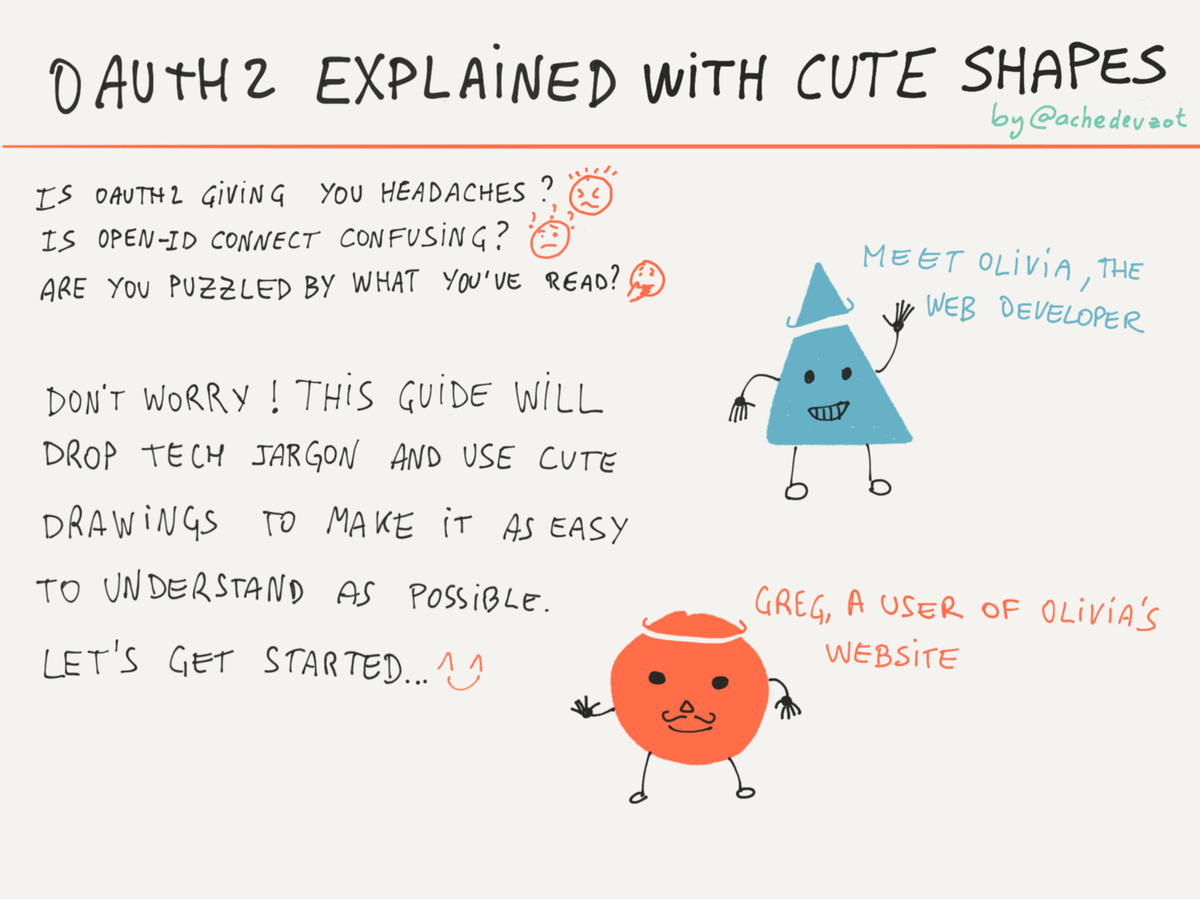 Spending the time and effort to consider what happens after your cloud credits run out, including how much storage you’ll need to scale and how you plan to manage your data, pays off in the long run. Every developer wants their project to succeed.

So, how do you plan for survival and success when your free credits run out?