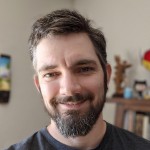 Will Norris (Engineering Manager at Google’s Open Source office) joined the show to talk about their new release of the Google Open Source website as well as the release of Google’s internal documentation on how they do open source. Nearly 70 pages of documentation have been made public under creative commons license for the world to use. We talked about the backstory of Google’s Open Source office, their philosophy on OSS, their involvement in the TODO group, and much more.