When compared to existing devices, the M1 chip in the ‌MacBook Air‌ outperforms all iOS devices. […] In comparison to Macs, the single-core performance is better than any other available Mac, and the multi-core performance beats out all of the 2019 16-inch MacBook Pro models, including the 10th-generation high-end 2.4GHz Intel Core i9 model.

No, we don’t normally link up Mac performance benchmarks. In fact, I think this is a first. But we’ve been nerding out in #applenerds on Slack…and we’re just days away from the “Future of Mac” episode on The Changelog — so, the performance and benchmarks of the M1 chip are on my mind.

Keep in mind that the M1 is Apple just getting started with Mac chips. Look at the image below and you will see the M1 is running at 3.2 GHz — a faster clock speed than all other Macs on the list. 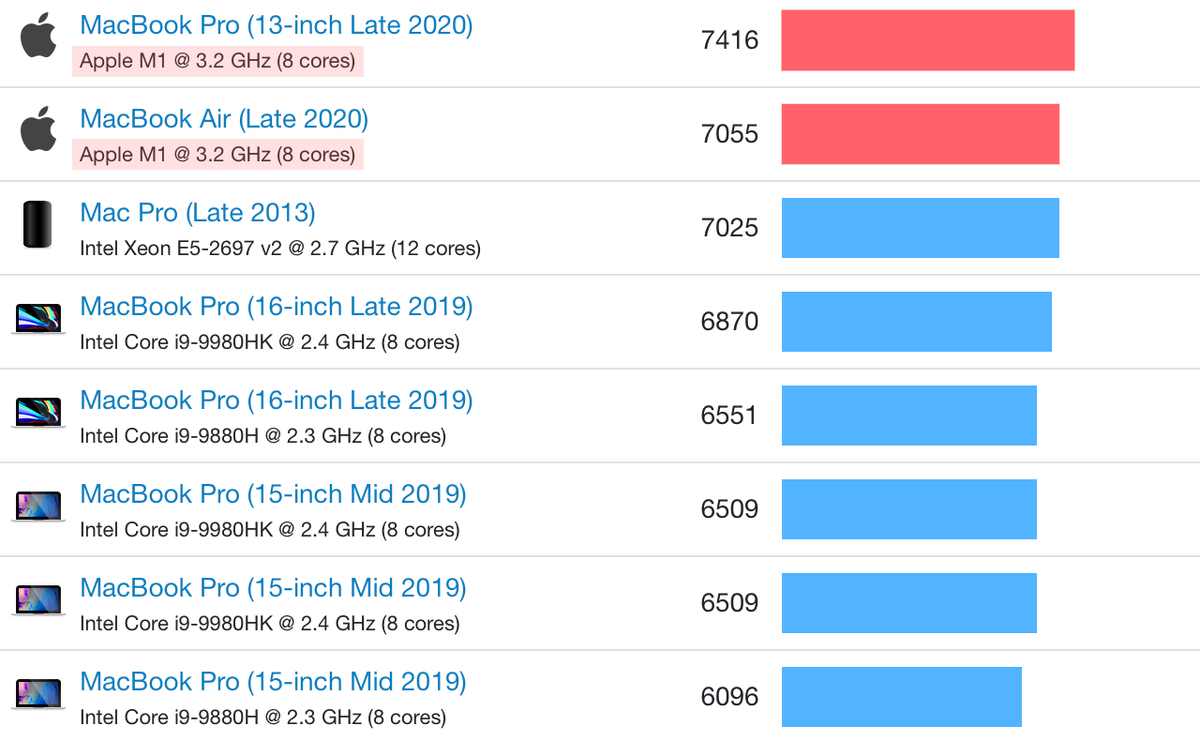