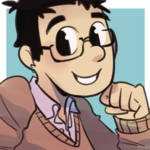 We talked with Eugen Rochko, the creator of Mastodon, about where Mastodon came from the problem it aimed to solve. How it’s not exactly Twitter alternative, although that’s its known claim to fame. Why it’s probably not going anywhere. The ins-and-outs of federation, getting started, running an instance, why you would want to — cool stuff you’ve never considered could be built on top of Mastodon. And finally, the story behind naming posted content a “toot”.