MNT Research… is going small for its next project. The MNT Pocket Reform has a seven-inch screen with a clamshell design that, when closed, will be less than five centimeters thick. If its perky purple facade looks a bit retro, that’s no surprise; the Pocket’s inspirations read like a ‘greatest hits’ list of pocketable computers.

MNT’s open-source promise is not limited to an open source operating system or select internal components The Pocket Reform, as with MNT’s full-size Reform laptop, will provide mainboard schematics, 3D models for physical components, and open source drivers, among other things.

Coming soon to a crowd fund near you. 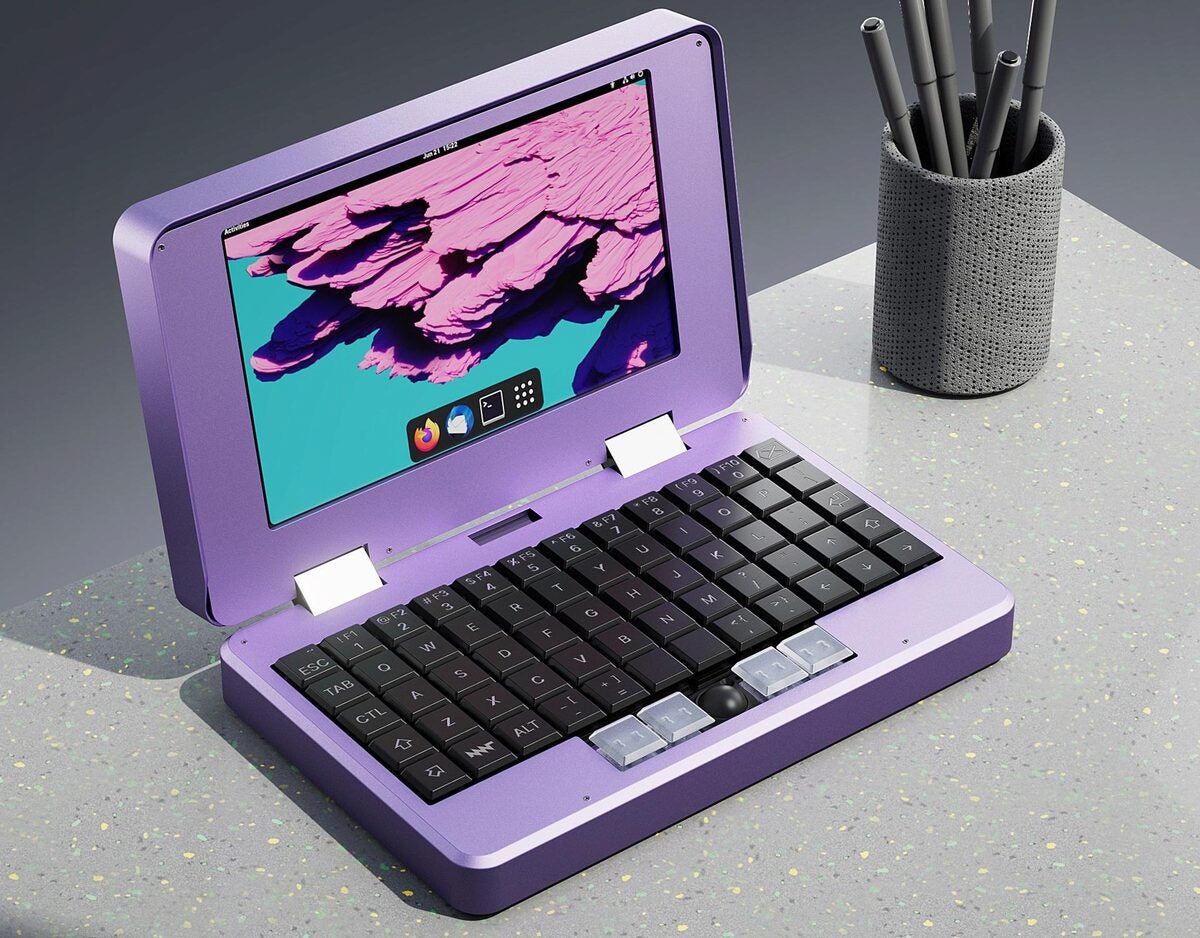