SerenityOS looks like a nostalgia-focused Linux distro, but it ain’t. All I have to say about this project (for now) is: wow

According to founding SerenityOS developer Andreas Kling, there is absolutely no third-party code in SerenityOS. “When we started,” Kling told Ars, “we imported four or five C standard library functions from NetBSD or something like that. But those were gotten rid of over time. We’re free of third-party code now, with the exception of the build process.” 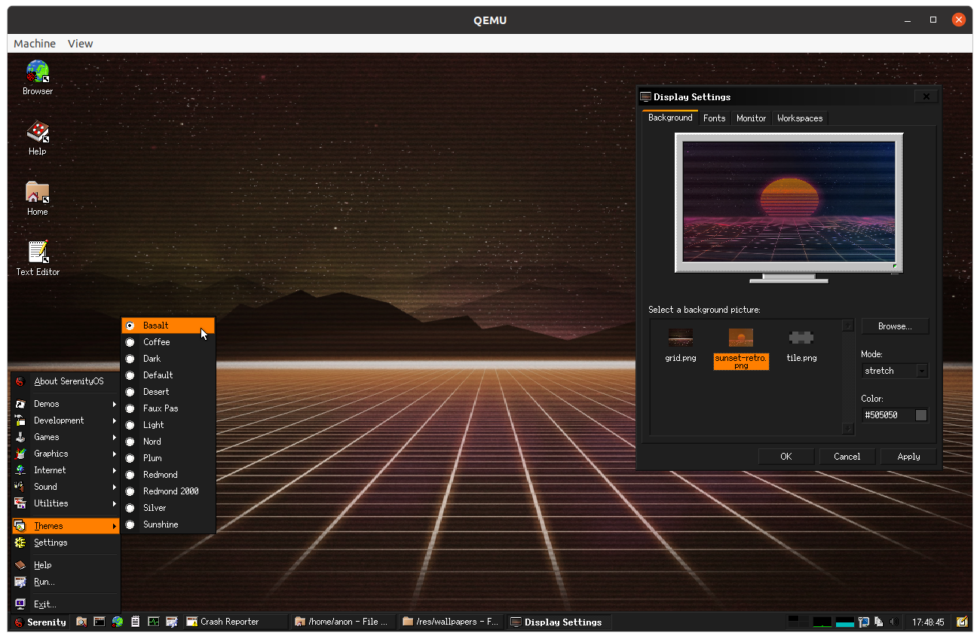