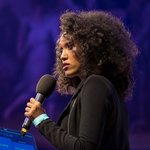 Today we’re sharing a full-length episode of Command Line Heroes from Season 6 for you to check out. We hand picked this episode for you to listen to.

Many of us grew up playing cartridge-based games. But there’s few who know the story behind how those cartridges came to be. And even fewer who know the story of the man behind them: Jerry Lawson. Before Jerry, a gaming console could only play one game. Jerry quite literally changed the game. This episode shares Jerry’s story of inventing the cartridge-based system for gaming consoles.