We recently talked with Josh Aas on The Changelog #389 about securing the web with Let’s Encrypt. At the tail end of the conversation Josh shared his passion for memory safety, saying “we need to rewrite all the software that we already wrote in C and C++, and replace it. “ My guess is that this move with Daniel and curl takes us several steps further in this direction.

Memory safety vulnerabilities represent one of the biggest threats to Internet security. As such, we at ISRG are interested in finding ways to make the most heavily relied-upon software on the Internet memory safe. Today we’re excited to announce that we’re working with Daniel Stenberg, author of ubiquitous curl software, and WolfSSL, to make critical parts of the curl codebase memory safe. … ISRG is funding Daniel to work on adding support for Hyper as an HTTP back-end for curl. Hyper is a fast and safe HTTP implementation written in Rust. 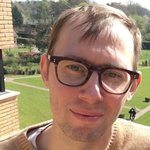 We’re talking with Josh Aas, the Executive Director of the Internet Security Research Group, which is the legal entity behind the Let’s Encrypt certificate authority. In June of 2017, Let’s Encrypt celebrated 100 Million certificates issued. Now, just about 2.5 years later, that number has grown to 1 Billion and 200 Million websites served. We talk with Josh about his journey and what it’s taken to build and grow Let’s Encrypt to enable a secure by default internet for everyone.

In June of 2017, Let’s Encrypt celebrated 100 Million certificates issued. Now, just about 2.5 years later, that number has grown to 1 billion. What’s changed since 2017?

Nothing drives adoption like ease of use, and the foundation for ease of use in the certificate space is our ACME protocol. ACME allows for extensive automation, which means computers can do most of the work. … Since 2017 browsers have started requiring HTTPS for more features, and they’ve greatly improved the ways in which they communicate to their users about the risks of not using HTTPS.