This isn’t just for business executives. It’s good knowledge to have for anyone who has heard the hype around K8S but never any of the potential problems:

This post will cover some hard truths of Kubernetes and what it means for your organization and business. You might have heard the term “Kubernetes” and you might have been led to believe that this will solve all the infrastructure pain for your organization. There is some truth to that, which will not be the focus of this post. To get to the state of enlightenment with Kubernetes, you need to first go through some hard challenges. Let’s dive in to some of these hard truths.

What defines a strong technical leader and engineer? Jessie Frazelle shares her thoughts on this subject on her personal blog:

In this post I will define what it means to me to be a distinguished engineer or technical fellow and maybe others that agree will modify their ladders to incentivize people to resemble these qualities.

Jessie Frazelle spells out why she loves the | command. Here’s the brief:

In brief, the | allows for the output of one program (on the left) to become the input of another program (on the right). It is a way of connecting two commands together.

Did you know pipes pre-dated Unix?! 1964! Lots of good stuff in this post, highly worth the click.

When you go through orientation at Google they walk you through “The Life of a Query” and it was one of my favorite things. So I am re-applying the same for a GitHub Action.

A great primer for this week’s episode of The Changelog which is a deep-dive on, you guessed it, GitHub Actions.

There seems to be some confusion around sandboxing containers as of late, mostly because of the recent launch of gvisor… There is a large amount of ignorance towards the existing defaults to make containers secure. Which is crazy since I have written many blog posts on it and given many talks on the subject.

Jessie has been doing the yeoman’s work of Linux kernel isolation and making containers secure for awhile now, but much of that work has been overlooked or disregarded by others in the community. I’m on the outside looking in at this situation, so it’s tough to call exactly what’s going on, but according to Jessie:

When you work at a large organization you are surrounded by an echo chamber. So if everyone in the org is saying “containers are not secure,” you are bound to believe it and not research actual facts.

That doesn’t mean Jessie thinks containers are secure (click through to read her take on that). There’s a lot to dig in to here and think about. I’ll pull out one last point:

I am not trying to throw shade at gvisor but merely clear up some FUD in the world of open source marketing. I truly believe that people choosing projects to use should research into them and not just choose something shiny that came out of Big Corp.

Now that’s a sentiment I can get behind! Oh, and listen to this related episode of The Changelog if you haven’t yet. It’s a must-listen for all developers. 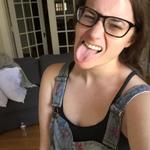 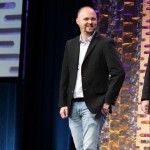 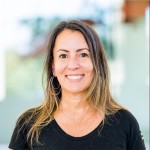 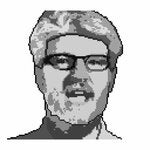 Jessie Frazelle joins us this week to talk about being an open source maintainer, Docker’s pull request acceptance workflow, dotfiles, getting started with public speaking.