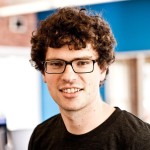 Why the excitement and growth? The answer is simple. Gatsby was founded around a big idea, and that idea is starting to go mainstream. We believe that the basic architecture of websites is being reinvented. The dominant web architecture, the LAMP stack, was founded at the dawn of the web before paradigm-shifting technologies were invented, like virtual machines, AWS, smartphones, Git, Node/NPM, React, and Serverless—elements of modern engineering we now take for granted.

For those interested in the deeper backstory on the formation of Gatsby, check out Founders Talk #59 with Kyle Mathews (the creator of Gatsby).

Kyle Mathews is the founder and CEO of Gatsby, a new company he’s building around an open source project of the same name. Gatsby as a project describes itself as a flexible modern website framework and blazing fast static site generator for React.js.

At the macro level — Kyle’s career has been focused on a better way to build and ship websites. It seems he’s done just that with Gatsby’s launch in late May 2015…since then he’s taken on a co-founder and a seed round of $3.8M to form Gatsby Inc.

Well, Gatsby is officially a startup! They just announced the formation of Gatsby Inc. and have raised a $3.8M seed round to fund the effort. Wow, congrats Kyle and team.

I’m thrilled to announce the formation of Gatsby Inc. Based on the open source project Gatsby I founded, Gatsby the company will make feature-rich and blazing-fast websites easier to build and run.