But even if you do nothing…

On October 1, 2020, if you haven’t changed the default branch for new repositories for your user, organization, or enterprise, it will automatically change from master to main.

From the GitHub Archive Program readme:

We are now also opening up the initial compilation of Tech Tree resources to community input. Inspired by the Long Now Foundation’s Manual for Civilization, the Tech Tree is a collection of technical works which document and explain the layers of technology on which today’s open-source software relies, along with works included to provide additional cultural context for the Arctic Code Vault.

From the Tech Tree readme:

What follows, which we call the Tech Tree, is a selection of works intended to describe how the world makes and uses software today, as well as an overview of how computers work and the foundational technologies required to make and use computers. The purpose of the GitHub Archive Program is to preserve open source software for future generations. This implies also preserving the knowledge of other technologies on which open-source software runs, along with a depiction of the open-source movement which brought this software into being.

Leading off the updates for Git 2.28 is the highly sought after ability to configure init.defaultBranch so folks can move from master to main as their default branch name.

From Taylor Blau on the GitHub blog:

When you initialize a new Git repository from scratch with git init, Git has always created an initial first branch with the name master. In Git 2.28, a new configuration option, init.defaultBranch is being introduced to replace the hard-coded term. (For more background on this change, this statement from the Software Freedom Conservancy is an excellent place to look).

Also check out github/renaming to learn more about the complementary changes GitHub is making. GitLab and Bitbucket are making similar changes. 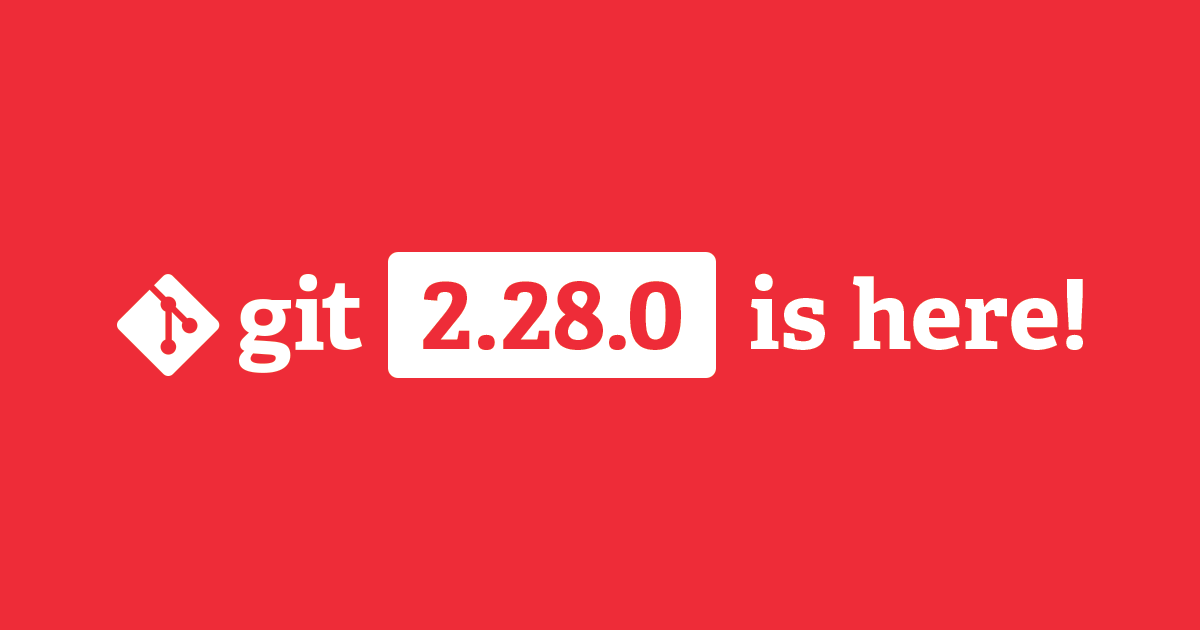 I’ve been using GitHub since the service’s inception and I still learned a thing from this excellent list of 10 tips & tricks from GitHubber Lee Reily. The details trick alone is worth the price of admission.

This.. is a bit of a bombshell:

The work of the npm team over the last 10 years, and the contributions of hundreds of thousands of open source developers and maintainers, have made npm home to over 1.3 million packages with 75 billion downloads a month. Together, they’ve helped JavaScript become the largest developer ecosystem in the world. We at GitHub are honored to be part of the next chapter of npm’s story and to help npm continue to scale to meet the needs of the fast-growing JavaScript community.

Earlier this week GitHub Sponsors came out of beta to general availability for developers with bank accounts in 30 countries (and growing). Also, check out the companion video celebrating some of the developers of GitHub Sponsors. Next steps?

This is just the beginning for native sponsorships on GitHub. We’re working hard to build out great sponsorship experiences around the world.

You can resolve merge conflicts more easily, co-author commits to share credit with others, and check out your GitHub pull requests. And with the 2.0 release, rebasing and stashing are now also supported on GitHub Desktop—the two most requested features. 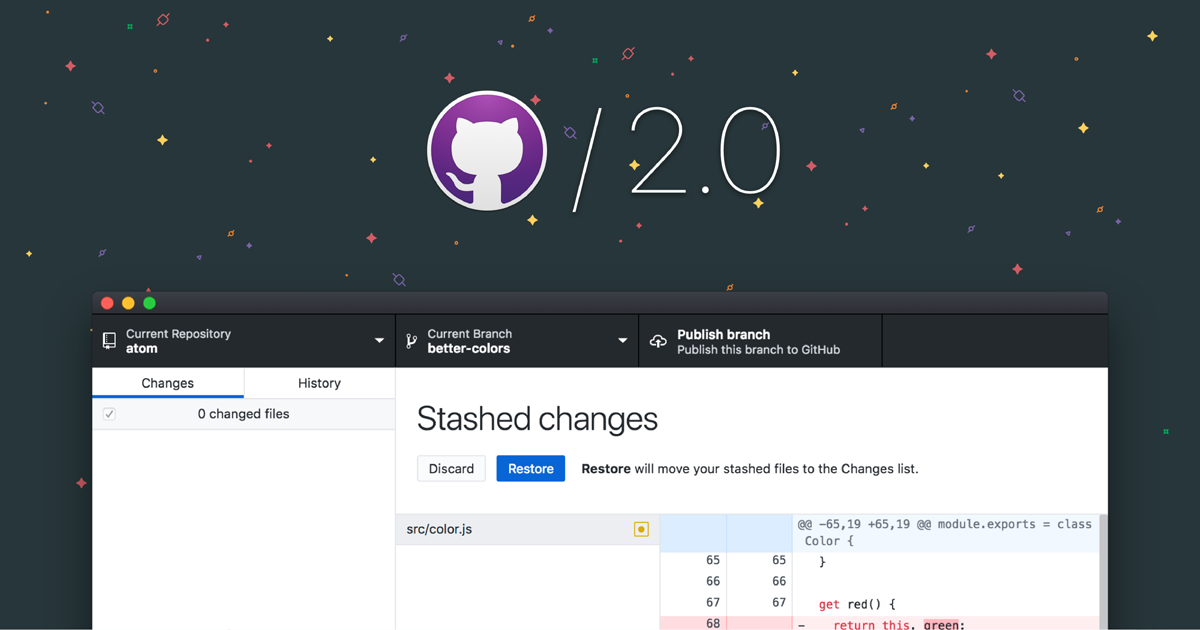 We’re thrilled to announce the beta of GitHub Sponsors, a new way to financially support the developers who build the open source software you use every day. Open source developers build tools for the rest of us. GitHub Sponsors is a new tool to help them succeed, too.

100% of sponsorship money goes to the developers and they’re even matching contributions up to $5k during a developer’s first year! Also, the whole thing is tightly integrated in to GitHub itself:

Open source projects can also express their funding models directly from their repositories. When .github/FUNDING.yml is added to a project’s master branch, a new “Sponsor” button will appear at the top of the repository. Clicking the button opens a natively rendered view of the funding models listed in that file.

There’s lots to digest here, but at first glance this looks like an amazing addition to the open source ecosystem. 🎉

Today, Atlassian Bitbucket, GitHub, and GitLab are issuing a joint blog post in a coordinated effort to help educate and inform users of the three platforms on secure best practices relating to the recent Git ransomware incident.

On Thursday, May 2, the security teams of Atlassian Bitbucket, GitHub, and GitLab learned of a series of user account compromises across all three platforms. These account compromises resulted in a number of public and private repositories being held for ransom by an unknown actor. Each of the teams investigated and assessed that all account compromises were the result of unintentional user credential leakage by users or other third-parties, likely on systems external to Bitbucket, GitHub, or GitLab. The security and support teams of all three companies have taken and continue to take steps to notify, protect, and help affected users recover from these events.

GitHub Package Registry is fully integrated with GitHub, so you can use the same search, browsing, and management tools to find and publish packages as you do for your repositories. You can also use the same user and team permissions to manage code and packages together. GitHub Package Registry provides fast, reliable downloads backed by GitHub’s global CDN. And it supports familiar package management tools: JavaScript (npm), Java (Maven), Ruby (RubyGems), .NET (NuGet), and Docker images, with more to come.

The state of the Octoverse has landed and with it a new dataset of top programming languages for 2018.

JavaScript also tops our list for the language with the most contributors in public and private repositories. This is true for organizations of all sizes in every region of the world. However, we’ve also seen the rise of new languages on GitHub. TypeScript entered the top 10 programming languages for public, private, and open source repositories across all regions last year. And projects like DefinitelyTyped help people use common JavaScript libraries with TypeScript, encouraging its adoption.

We’ve also seen some languages decline in popularity. Ruby has dropped in rankings over the last few years. While the number of contributors coding in Ruby is still on the rise, other languages like JavaScript and Python have grown faster. New projects are less likely to be written in Ruby, especially projects owned by individual users or small organizations, and much more likely to be written in JavaScript, Java, or Python. 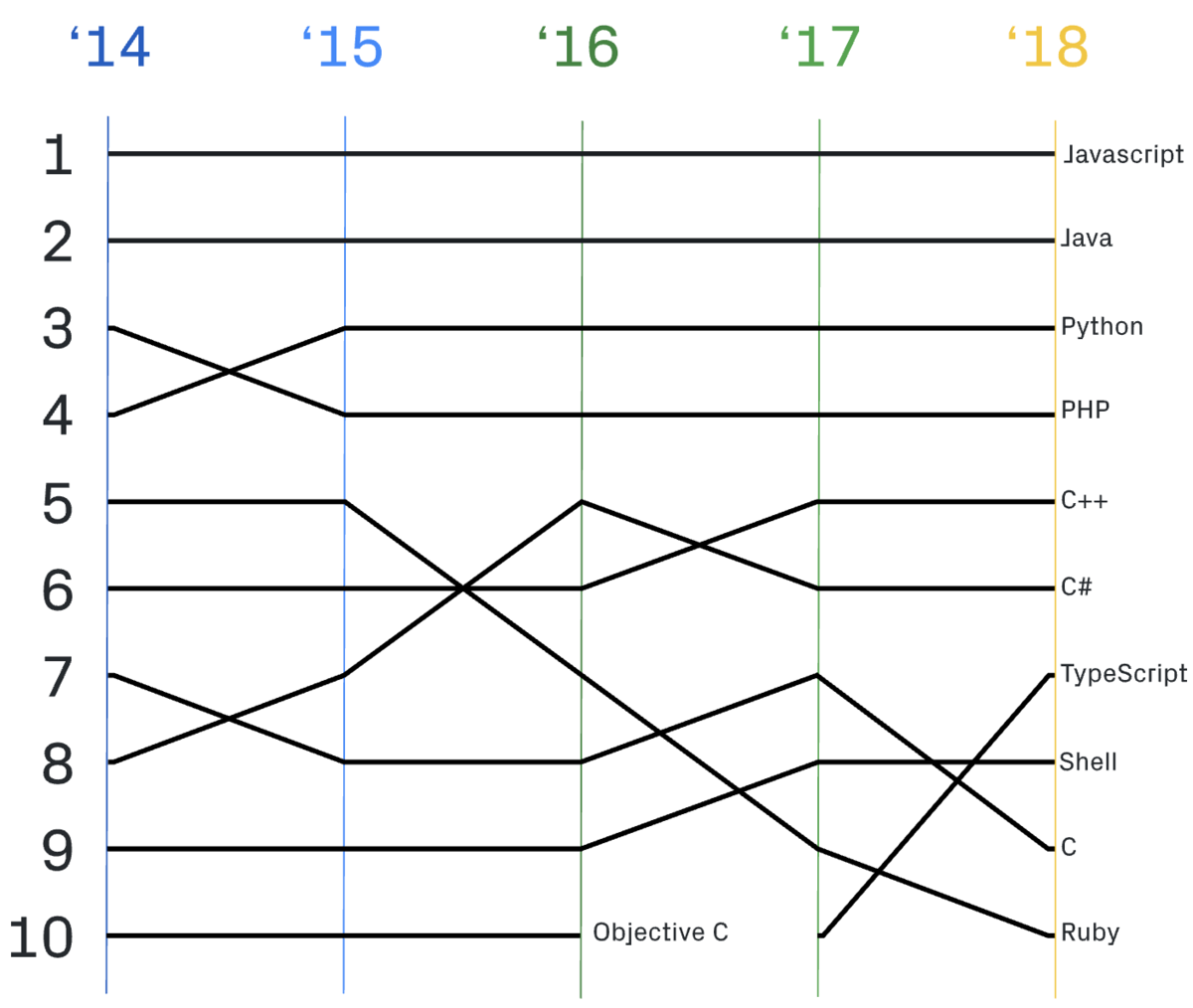 I’m thrilled to share that the Microsoft acquisition of GitHub is complete. 🎉 Monday is my first day as CEO. Millions of people rely on GitHub every day, and I am honored by the opportunity to lead this company.

He goes on to share the two principles for GitHub and these three objectives that are at the top of his mind moving forward:

Actions stole the show (are you signed up for the beta yet?), but there’s a lot here. Stay tuned for more coverage/conversations as we have time to digest it all.

In total the project took a year and a half to upgrade from Rails 3.2 to Rails 5.2. Along the way we took time to clean up technical debt and improve the overall codebase while doing the upgrade. Below we’ll talk about how we upgraded Rails, lessons we learned and whether we’d do it again.

Congrats to Eileen and the team on this massive effort! Click through to read how they did it and the lessons the learned along the way.

The news is true. Microsoft is acquiring GitHub and is expecting the agreement to close by the end of the year.

When GitHub first launched ten years ago, I could have never imagined this headline.

Their focus is on the long tail and the developer.

What hasn’t changed, however, is our focus on the developer. From the beginning, we have been obsessed with building a product for the people using it. We want to make developers more productive and we want more people to become developers. So as we look to the next decade of software development and beyond, we know it’s all about the developer.

The relationship that has formed between GitHub and Microsoft is years in the making.

…as we’ve gotten to know the team at Microsoft over the past few years through collaborating on projects from Git LFS to Electron, we’ve learned that they agree. Their work on open source has inspired us, the success of the Minecraft and LinkedIn acquisitions has shown us they are serious about growing new businesses well, and the growth of Azure has proven they are an innovative development platform.

…most importantly, we both believe we can do greater things together than alone

As part of this change, Nat Friedman will be taking on the role of GitHub’s CEO. We have been searching for a new CEO for some time and found in both Microsoft and Nat a partner we believe will strengthen and grow the GitHub community and company over the next few years.

We have been in the trenches for years covering the dramatic shift of Microsoft.

Here’s a fairly comprehensive list of our coverage shared in an issue on a trending repo on GitHub. If for some reason that issue gets deleted I have archived the list here.

We have partnered with the certificate authority Let’s Encrypt on this project. As supporters of Let’s Encrypt’s mission to make the web more secure for everyone, we’ve officially become Silver-level sponsors of the initiative.

To support your project’s contributors it’s important to make the contributing experience as frictionless as possible. Migrating our Octicons to Figma let us cut out painful steps in our previous workflow. Having their API available for automating the work has allowed contributors to contribute using powerful platform-agnostic design tools without any overly complex setup.

This seems to be one of the first major steps I’ve seen to use a platform-agnostic design tool like Figma, which lets you design, prototype, and gather feedback all in a browser based design tool. Couple that with a robust API and some robots to automate things as well as open up your design flow to contributors. 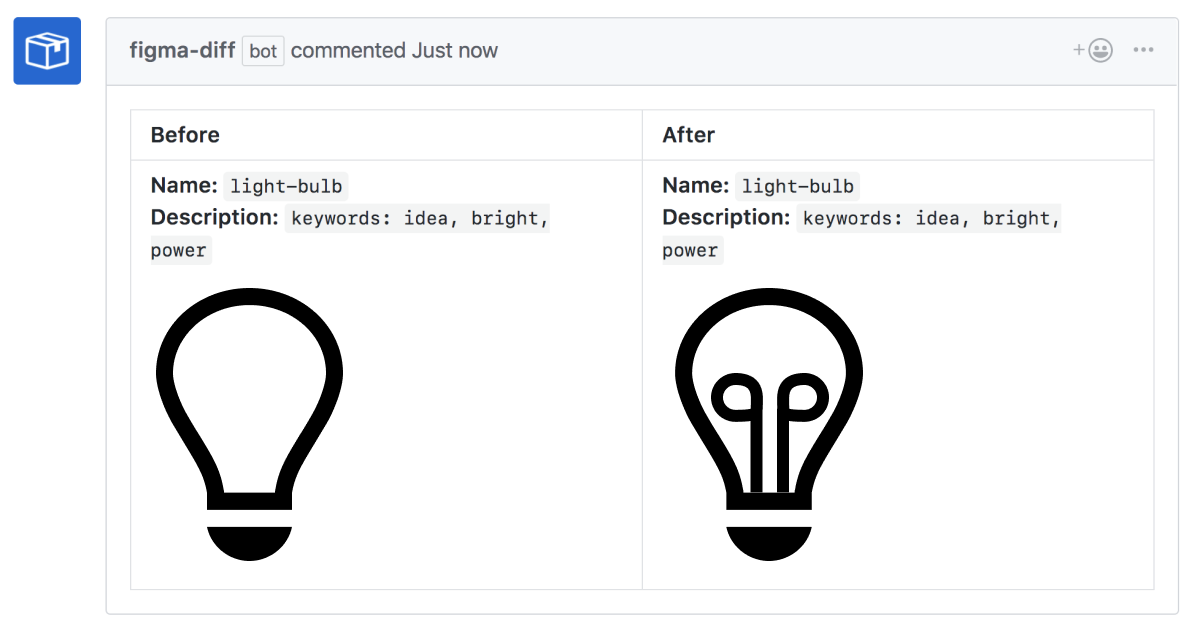 It’s the time of year for 2017 wrap-ups and 2018 predictions. We expect these from bloggers and news sites, but this seems like an odd post coming from GitHub:

Data is on the rise, placing an even greater emphasis on security, cloud, and open source. Jason Warner, SVP of Technology, shares his predictions on the major technology trends for 2018.

I wouldn’t call too many of these predictions bold, but it’ll be interesting to see how well they hold up.