Today, I am publishing the Distributed Computing Manifesto, a canonical document from the early days of Amazon that transformed the architecture of Amazon’s ecommerce platform. It highlights the challenges we were facing at the end of the 20th century, and hints at where we were headed.

25 years later. This is super cool!

I’m here for any story that begins with an errant rm -r -f *, especially when the stakes are super-high, like you could lose an entire movie of Toy Story 2’s magnitude…

Can you guess what happens next?

We realized that the backups we had were actually bad.

Remember: nobody wants backups, everyone wants restore. Like Pixar’s movies, this tale ends happily, but I won’t spoil for you how the day was saved.

Tim Holman wants to take the web back to the wonderful days where knowing how to get your little mouse arrow to dance and sway was the most of your worries. That does sound nice, doesn’t it? “Emoji Rain” and the classic “Clock” are my favorites…

whytheluckystiff.net is back online and now hosts links and mirrors to everything the man published on the internet during his illustrious career.

It works sort of like a museum that sells maps.

If you’ve never heard of why the lucky stiff, click through to get acquainted. If you were fortunate enough (like myself) to be around when he was actively creating things, click through for some top notch nostalgia.

This year marks 15 years since FizzBuzz was popularised as an interview tool for developers. I’m a big fan and have watched over 100 candidates try their hand at my version of the task. In today’s blog post I’d like to take a moment to celebrate what makes FizzBuzz so helpful, discuss some common patterns I’ve observed in the many attempts I’ve witnessed, and finally explore some tweaks that can be deployed to keep the challenge fresh.

Tom’s version of FizzBuzz is a pair programming task that follows strict TDD:

In proper pair programming style, the candidate is encouraged to discuss their approach with the interviewer. Likewise, they are free to use any online reference materials if they forget a method name or some syntax.

In this post he shares 3 common variants of the challenge including one that requires a pair of Azure Functions?!

Gather round while Jim Grey tells a (long) tale.

My 33rd anniversary in the software industry was the Sunday that just passed, July 3. I remember the date because my second day on the job was a paid holiday!

I want to show you just how far our industry has come and how much we’ve learned.

Lots of things we all take for granted didn’t exist. The Internet existed but not the Web. Software was delivered to customers on tapes or floppy disks. The CD burner was still a few years in the future. Java didn’t exist, JavaScript didn’t exist, .NET didn’t exist.

The more they stay the same:

There was a holy war over text editors. IDEs weren’t a thing yet, so we all coded in a text editor. I was firmly in the Emacs camp, but most of my co-workers loved vi.

There’s a lot going on in that picture. Let’s take a closer look at exactly what computers and gear they were using to do the 3D animation for this game.

Why? Because, Final Fantasy 7 is a true classic. When the game was first released in early 1997, for the Sony PlayStation, it took the RPG gaming world by storm. To this day, many consider it the greatest entry in the franchise.

I remember getting this game for Christmas and playing it nearly non-stop until school started again after the new year. Greatest entry in the franchise? Easily! 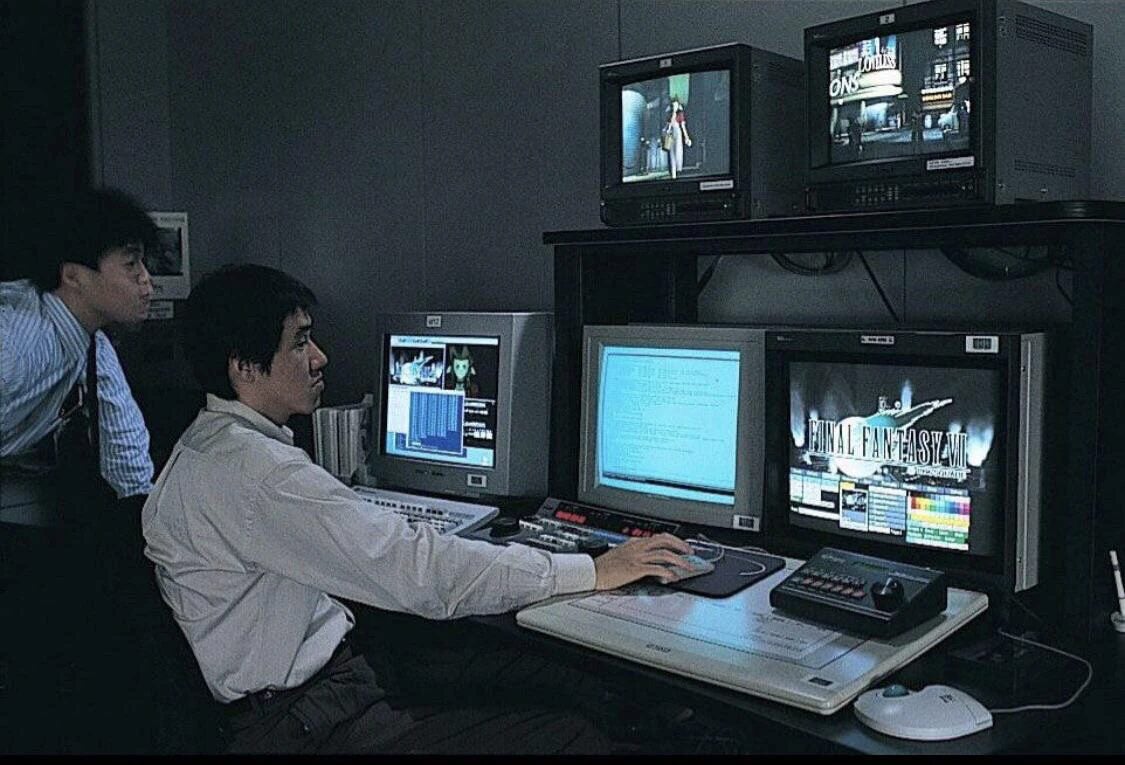 !important was added for one reason only: laws in the US that require certain text to be in a given font-size. !important stops the cascade from changing it.

Anything else is probably misuse, and a sign you may not understand the cascade properly.

The New Stack overviews a recently published 2017 (3-hours long) interview with the living legend, who rarely speaks publicly about herself:

Hamilton remembered being the only woman in her college physics class — “And at the time, I think the professor thought women should not be taking physics because he … well, you have to know the times.”

She added, “That was the only time somebody in college questioned that that might not be something I would be able to make use of.”

But Hamilton remained undeterred: “I just said, ‘Because I want to take it,’ you know.”

In their moment, minicomputers were used in a variety of applications. They served as communications controllers, instrument controllers, large system pre-processors, desk calculators, and real-time data acquisition handlers. But they also laid the foundation for significant hardware architecture advances and contributed greatly to modern operating systems, programming languages, and interactive computing as we know them today.

We were just discussing this machine on our upcoming episode with Brian Kernighan. 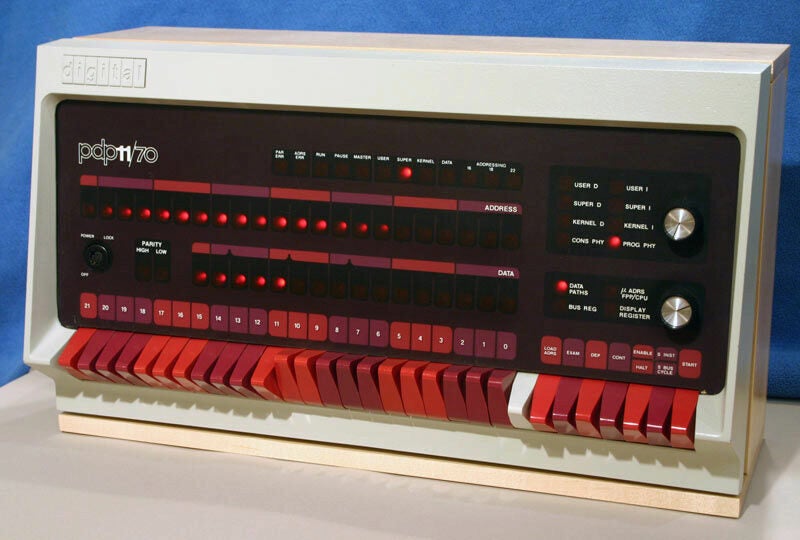 Darrien Glasser goes super deep on the gif file format: its history, its anatomy, its weirdness:

Gifs can take user input to advance to the next frame. This poor guy built a whole site around recreating this feature with pngs. A shame he didn’t read the gif spec after being stuck inside for 2 years like me.

Knut Melvær with a thoughtful attack on one of my all-time favorite tools:

Markdown is a signifier for the developer and text-tinkerer culture. But since its introduction, the world of digital content has also changed. While Markdown is still fine for some things, I don’t believe it’s should be the go-to for content anymore.

There are two main reasons for this:

Now, I did say it’s a thoughtful atttack and it’s also a long one (30 minute read). Knut does the work, diving deep into Markdown’s history and John Gruber’s desires for it:

I want to build my advice against Markdown by looking back on why it was introduced in the first place, and by going through some of the major developments of content on the web. For many of us, I suspect Markdown is something we just take for granted as a “thing that exists.” But all technology has a history and is a product of human interaction. This is important to remember when you, the reader, develop technology for others to use.

A brief (6 minutes to read) history of MS-DOS:

First released on August 12, 1981, MS-DOS became the foundation for business computing for almost two decades. MS-DOS stood for Microsoft Disk Operating System and was often referred to simply as “DOS”. It is the software that helped build Microsoft, becoming the foundation Microsoft built the Windows operating system on. It went through 8 (and a half-ish) major revisions, with the final version being shipped with Windows ME in September, 2000.

Chris McCord gives a deep history on Phoenix LiveView, going all the way back to the state of Ruby on Rails in 2013 up to the present. A 30-minute read! (LiveView-based uploads looks particularly interesting to me, since I’m rewriting how our uploads work at the moment.)

On The Changelog #451, I spouted off a very brief history of Unix, Linux, and related things. Thanks to our handy/dandy transcripts, that history has been transmogrified into a blog and accompanying audiogram. The podcaster’s version of Don’t Repeat Yourself!

As a young man, I wanted to help make a new medium that would be a step forward from Gutenberg’s invention hundreds of years before.

By building a Library of Everything in the digital age, I thought the opportunity was not just to make it available to everybody in the world, but to make it better–smarter than paper. By using computers, we could make the Library not just searchable, but organizable; make it so that you could navigate your way through millions, and maybe eventually billions of web pages.

See also the website they made to virtually celebrate their 25th anniversary. I love the tagline: From Wayback to way forward

Buzz Anderson lays out the history of one of the most beloved/hated tools in every developer’s tool belt:

The concept of a regular expression has a surprisingly interesting history that dates back to the optimistic, mid-20th Century heyday of artificial intelligence research.

The term itself originated with mathematician Stephen Kleene. In 1943, neuroscientist Warren McCulloch and logician Walter Pitts had just described the first mathematical model of an artificial neuron, and Kleene, who specialized in theories of computation, wanted to investigate what networks of these artificial neurons could, well, theoretically compute.

This talk by Brittany Storoz from JSConf EU 2018 is sooo good! If you’ve ever wondered why we call bugs bugs, why we throw and catch exceptions, or why we use foo and bar as placeholder variables, give it a 👀

I’ve been tasked with leading frontend. As a result, I’ve been teaching a whole lot of people about the web.

Knowing where we came from can help us figure out where we should go. It’s also a mountain of technical debt, and we’re collectively building on top of it.

Forgive me if I skip the wonderful stories of Macromedia Flash, Java in the browser, or whatever other detour you can think of. While those were important to development of the web, most of us will never run into them again.

The first Hyper Text Markup Language (HTML) spec was released in 1993 as a way to represent web pages, then documents….

A sweeping history (replete with screen shots) that ends with a peek into the potential future.

It’s fun seeing the proliferation of TODO comments over time on these bastions of open source. One not-surprising (but still unfortunate) trend: they all pretty much move up and to the right 📈, but a few have had some dramatic reversals 📉 at certain points in time. Go had a crazy month in April 2018 & TypeScript’s TODOs exploded in the Spring of 2018.

David Cassel, on The New Stack:

Widely-respected security expert Dan Kaminsky passed away on April 23 from diabetic ketoacidosis at the age of 42. His considerable legacy went beyond expertise with a rare and memorable kindness.

I met Dan very briefly at ShmooCon back in 2004. His kindness was memorable, for sure, but the thing I remember most was just how larger-than-life he was to me at the time. The guy contributed so much to the infosec community and yet remained humble and kind despite it all. It was striking.

By the age of 22, he was giving talks at Black Hat himself, as well as at other tech conferences around the world. Kaminsky told the site he was thrilled to be interacting “with the smartest people I’d ever met in my life.”

Oddly enough, that’s how I felt when I interacted with Dan. It’s a tragedy that he died so young. 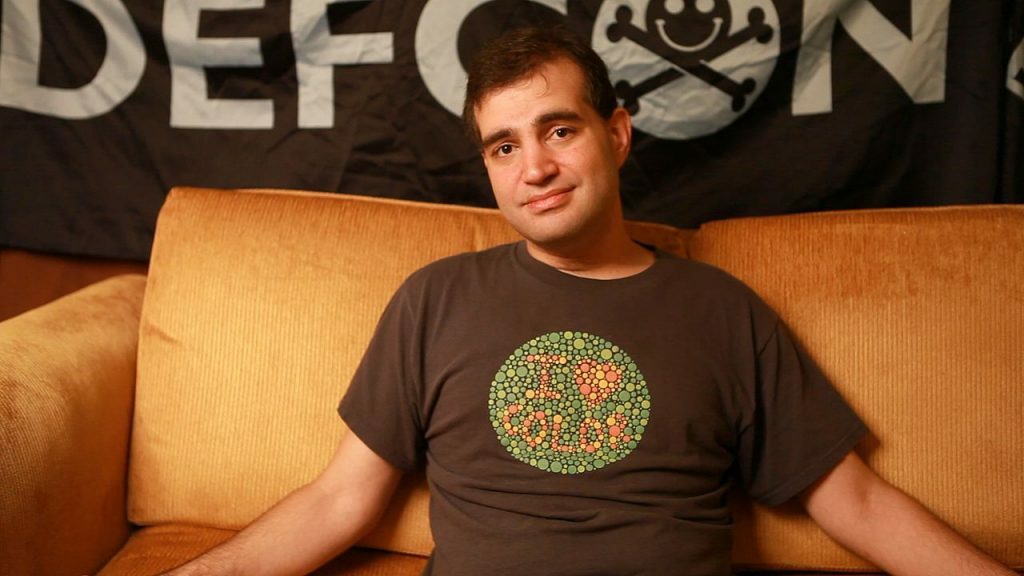 Learn the history and evolution of same-origin policy and CORS, understand CORS and the different types of cross-origin access in depth, and learn (some) best practices.

“Hi Julian. I see you have your computer linked to the telephone line. Can you tell us how you did that?”

I want to tell you the real story behind an ambitious two-month project my team completed, with a huge impact on our organization. A very stressful, challenging, and full of surprises journey, marked by developers being the leaders. I intend to reveal why things went bad and how with a proper smart set of decisions the front-end team managed to navigate its boat.

Stick around to the end for his best practices summary.

Microsoft’s researchers believe they’ve now finally transformed Excel into a full-fledged programming language, thanks to the introduction of a new feature called LAMBDA. “With LAMBDA, Excel has become Turing-complete. You can now, in principle, write any computation in the Excel formula language,” a Microsoft blog proclaimed.