Here is my python source code for training an agent to play Tetris. It could be seen as a very basic example of Reinforcement Learning’s application.

Have you ever posted an image on the public internet and thought, “What if someone used this for something?” Thomas Smith did and what he discovered about Clearview AI is disturbing…

Someone really has been monitoring nearly everything you post to the public internet. And they genuinely are doing “something” with it.

The someone is Clearview AI. And the something is this: building a detailed profile about you from the photos you post online, making it searchable using only your face, and then selling it to government agencies and police departments who use it to help track you, identify your face in a crowd, and investigate you — even if you’ve been accused of no crime.

I realize that this sounds like a bunch of conspiracy theory baloney. But it’s not. Clearview AI’s tech is very real, and it’s already in use.

How do I know? Because Clearview has a profile on me. And today I got my hands on it.

What exactly is ‘music source separation’?

If you have ever stumbled across those online videos of Freddie Mercury singing what sounds like an a cappella rendition of “Another One Bites the Dust” or a version of Alanis Morissette’s “You Oughta Know” featuring only Flea’s distinctive slapped bass, then you’re already familiar with the concept of music source separation.

Facebook’s research team has figured out a way to do that “with an uncanny level of accuracy”. The technique is called “Demucs” (a portmanteau from “deep extractor for music sources”) and it’s out-performing other methods (spectogram analysis being the primary) by quite a bit. Code here. 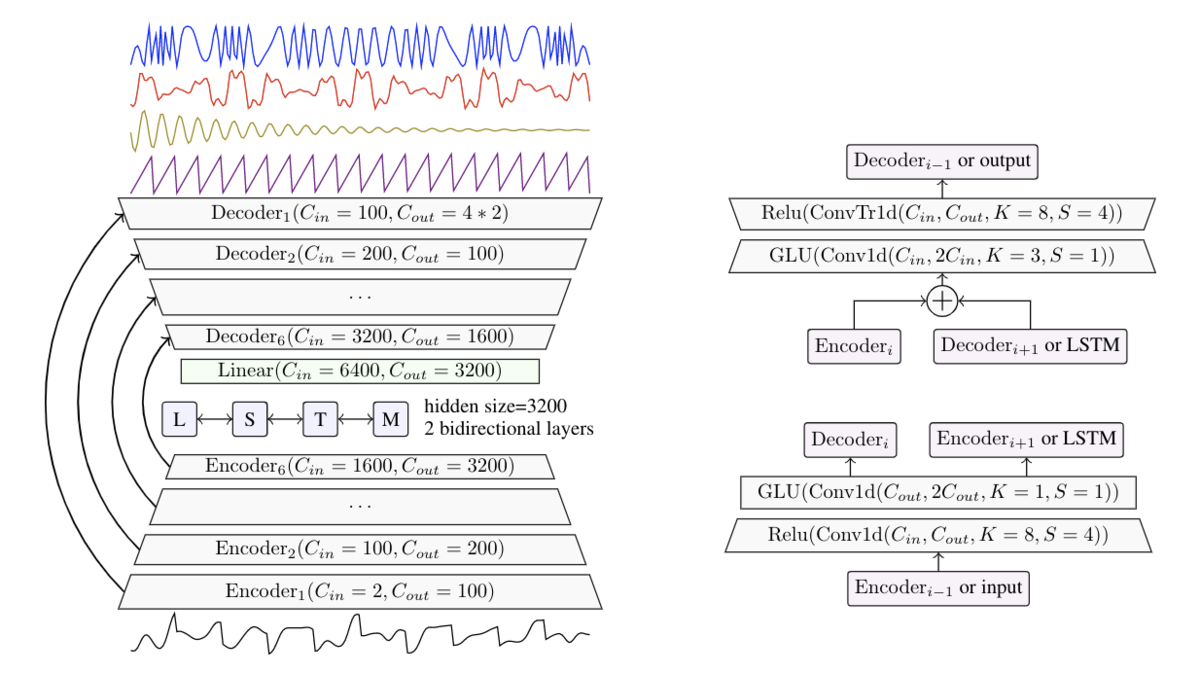 I love projects like these that push the boundary of what we consider art. 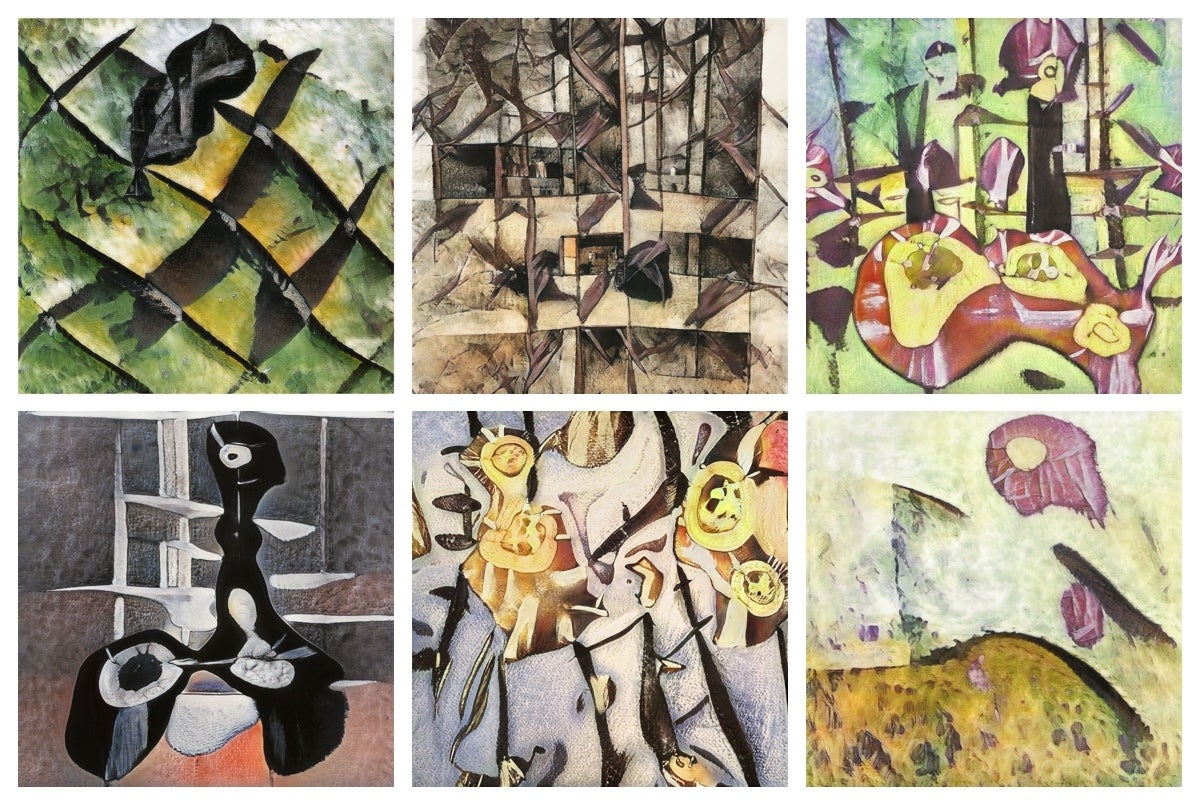 This code attempts to learn over time the makeup of the background of a video such that I can attempt to remove any humans from the scene. This is all happening in real time, in the browser, using TensorFlow.js

Impressive results for an experiment. Try the live demo on Codepen and/or Glitch.

PyTorch3d is designed to integrate smoothly with deep learning methods for predicting and manipulating 3D data. For this reason, all operators in PyTorch3d:

Get started with tutorials on deforming a sphere mesh into a dolphin, rendering textured meshes, camera position optimization, and more.

Here’s a new acronym for you: Generative Teaching Networks (GTN)

Show us humans a picture of someone in uniform on a mound of dirt throwing a ball and we will quickly tell you we’re looking at baseball. But how do you make a computer come to the same conclusion?

In this post, we’ll explore basic methods for performing VQA and build our own simple implementation in Python

Congrats to Clément and the Hugging Face team on this milestone!

The company first built a mobile app that let you chat with an artificial BFF, a sort of chatbot for bored teenagers. More recently, the startup released an open-source library for natural language processing applications. And that library has been massively successful.

The library mentioned is called Transformers, which is dubbed as ‘state-of-the-art Natural Language Processing for TensorFlow 2.0 and PyTorch.’

If any of these things ring a bell to you, it may be because Practical AI co-host Daniel Whitenack has been a huge supporter of Hugging Face for a long time and mentions them often on the show. We even had Clément on the show back in March of this year.

Style-based GAN architecture produces impressive image generation results, but it’s not without its limitations. NVidia’s research team has been hard at work fixing some of the problems with StyleGAN (artifacts).

In addition to improving image quality, this path length regularizer yields the additional benefit that the generator becomes significantly easier to invert. This makes it possible to reliably detect if an image is generated by a particular network.

Check out the video of StyleGAN2 in action or, if you’re feeling brazen, dive right into their paper.

I love everything about this: the creativity, the engineering, the relentless desire to be as lazy as humanly possible. Chris automated 100% of this process, from content creation to social interactions to the sales pitch. A must-read.

Imagine an infinitely generated world that you could explore endlessly, continually finding entirely new content and adventures. What if you could also choose any action you can think of instead of being limited by the imagination of the developers who created the game?

Built with OpenAI’s GPT-2 model. First of its kind. Want a primer? Check out Practical AI #32,

[he] is encouraged by progress in artificial intelligence, but sees the limits of the current approach to deep learning.

Could this be the beginning of the end for this particular AI hype cycle?

It comes with links to practical resources that explain each aspect in more details. It also suggests case studies written by machine learning engineers at major tech companies who have deployed machine learning systems to solve real-world problems.

This is a short introduction on methods that use neural networks in an offensive manner (bug hunting, shellcode obfuscation, etc.) and how to exploit neural networks found in the wild (information extraction, malware injection, backdooring, etc.).

Winner of Mozilla’s $50,000 award for art and advocacy exploring AI.

Stealing Ur Feelings is an augmented reality experience that reveals how your favorite apps can use facial emotion recognition technology to make decisions about your life, promote inequalities, and even destabilize American democracy. Using the AI techniques described in corporate patents, Stealing Ur Feelings learns your deepest secrets just by analyzing your face.

If you haven’t tried this yet, drop what you’re doing and give it a go. Top notch production.

Colin Lecher reporting for The Verge:

Last week, Gov. Gavin Newsom signed into law AB 730, which makes it a crime to distribute audio or video that gives a false, damaging impression of a politician’s words or actions.

While the word “deepfake” doesn’t appear in the legislation, the bill clearly takes aim at doctored works. Lawmakers have raised concerns recently that distorted deepfake videos, like a slowed video of House Speaker Nancy Pelosi that appeared over the summer, could be used to influence elections in the future.

This is the first (but likely not the last) piece of legislation aimed at fighting the potential impact of GANs Gone Wild.

It’ll be interesting to watch this game play out. I think the only long-term, sustainable solution will emerge from the same arena where the problem began: technological advances.

Folks have been talking about TensorFlow 2 for some time now (See Practical AI #42 for one excellent example), but now it’s finally here. The bulleted list:

This is a huge release. Check out the highlights list in the changelog to see for yourself.

RAPIDS.ai, for the uninitiated, is a data science framework that lets you execute entirely on GPUs. 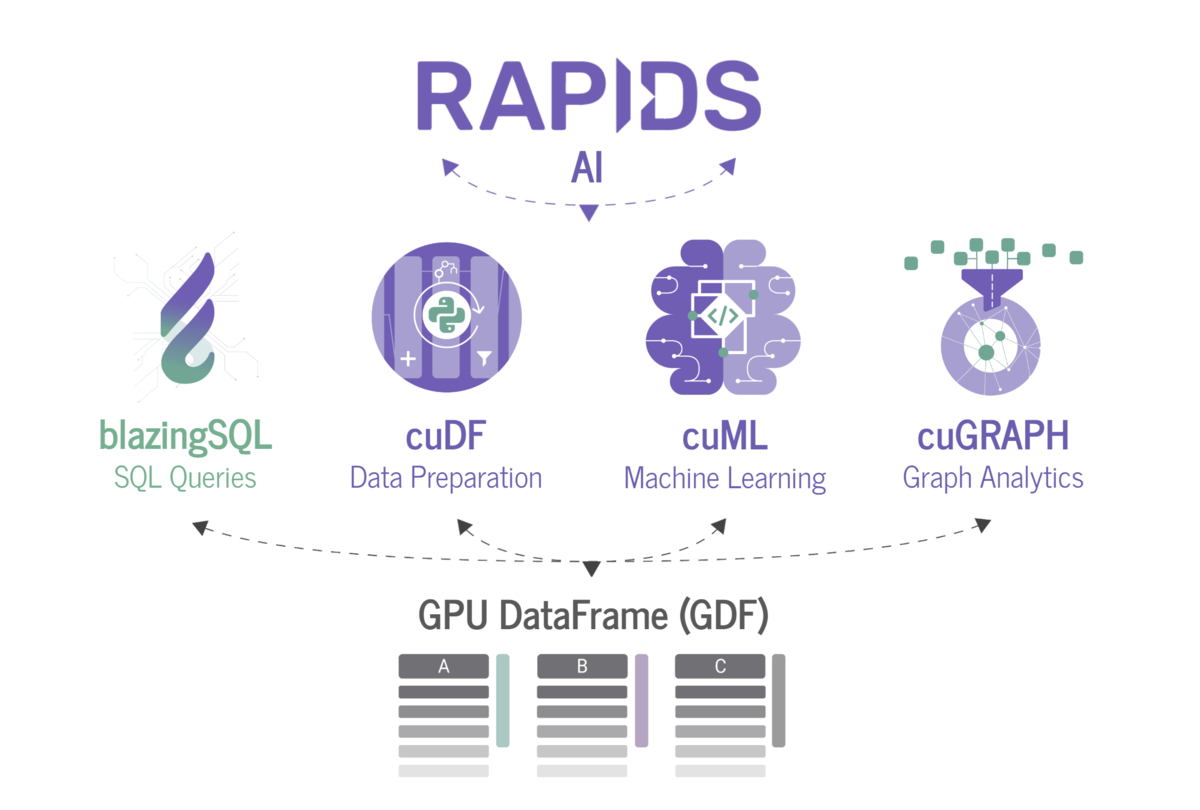 Straight from the horse’s mouth:

Sometimes it’s hard to see the value traded in large scale investments like these. What do both sides get? With this particular investment, however, it’s pretty obvious what Microsoft is getting (Azure++) and what OpenAI is getting (an expanded R&D budget). It’s also worth noting that this is specifically focused on Artificial General Intelligence, not merely advancing the current state of the art in Machine Learning.

Kick Olivia’s tires (mixed metaphor alert!) by chatting with her online or start with the docs if you’d like to set up and host your own instance. 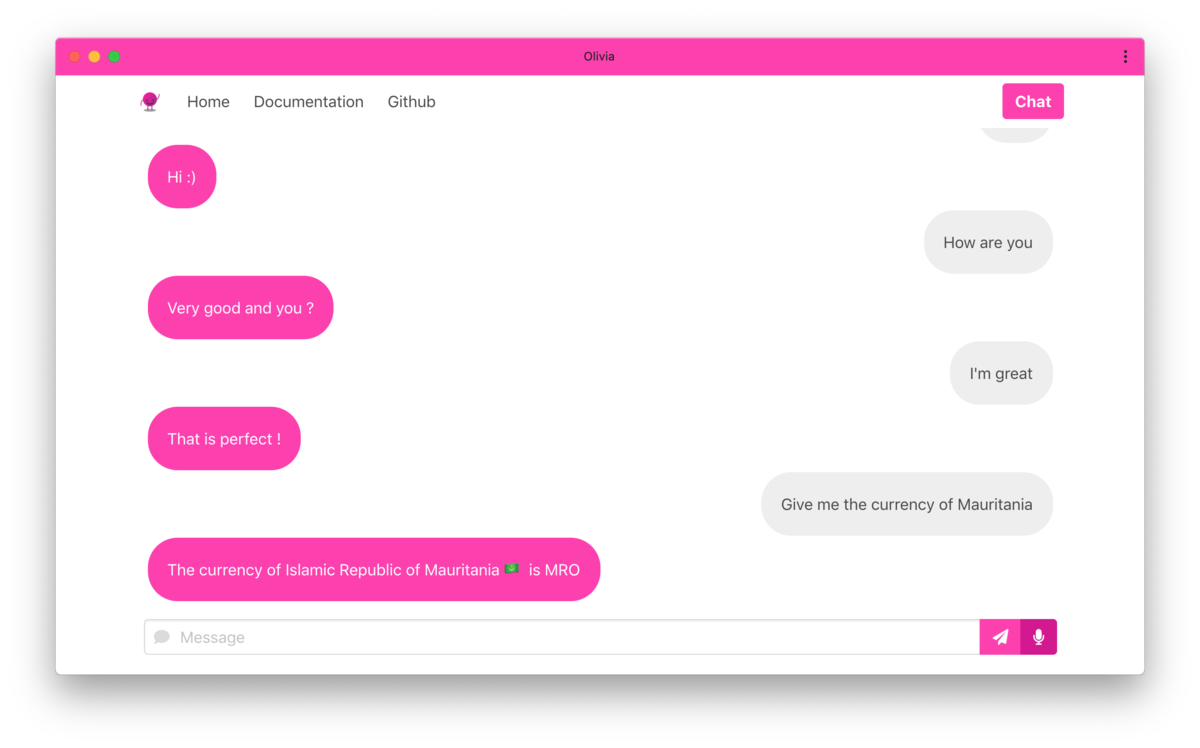 The latest machine learning research from my friends at Fast Forward Labs. Shiou Lin Sam and Nisha Muktewar teach us what meta-learners are and how they learn.

The report focuses on 5 questions about the internet.

The answer is complicated, and the report doesn’t make any particular conclusions so much as share a series of research & stories about each topic. Includes some fascinating looks at what’s going on in AI, inclusive design, open source, decentralization and more.