Today we have a very special episode, where Gerhard gets to share his favourite learnings from Steve Jobs. If it wasn’t for his determination to build a better personal computer, Gerhard would have most likely continued with a career in physics.

We know what you’re thinking: it’s crazy and impossible to interview Steve Jobs, but on his 10th memorial anniversary, Gerhard was determined to combine the things that Steve said with his passion for computers, automation, and infrastructure.

Live your life and ship your best stuff because there’s nothing like the present.

This week we’re joined by Brittany Dionigi, Director of Platform Engineering at Articulate, and we’re talking about how organizations can take a more intentional approach to supporting the growth of their engineers through learning-focused engineering.

Brittany has been a software engineer for more than 10 years, and learned formal educational and classroom-based learning strategies as a Technical Lead & Senior Instructor at Turing School of Software & Design. We talk through a ton of great topics; getting mentorship right, common coaching opportunities, classroom-based learning strategies like backwards planning, and ways to identify and maximize the learning opportunities for teams and org.

This week Gerhard is joined by Justin Searls, Test Double co-founder and CTO. Also a 🐞 magnet. They talk about how to deal with the pressure of shipping faster, why you should optimize for smoothness not speed, and why focusing on consistency is key. Understanding the real why behind what you do is also important. There’s a lot more to it, as its a nuanced and complex discussion, and well worth your time.

Expect a decade of learnings compressed into one hour, as well as disagreements on some ops and infrastructure topics — all good fun. In the show notes, you will find Gerhard’s favorite conference talks Justin gave a few years back.

This week we’re joined by Lara Hogan – author of Resilient Management and management coach & trainer for the tech industry. Lara led engineering teams at Kickstarter and Etsy before she, and Deepa Subramaniam stepped away from their deep roots in the tech industry to start Wherewithall – a consultancy that helps level up managers and emerging leaders.

The majority of our conversation focuses on the four primary hats leaders and managers end up wearing; mentoring, coaching, sponsoring, and delivering feedback. We also talk about knowing when you’re ready to lead, empathy and compassion, and learning to lead.

You may not be a project manager. Perhaps you are a developer who likes to code and solve technical challenges. The organizational matter is something you care less about. After all, your company is likely relying on some agile methods and there are product owners and/or SCRUM masters to handle the process. You just need to build new features.

While that’s true you have to sometimes get out of your comfort zone.

This article covers three main reasons why other engineers may reject your technical initiative (such as refactoring, changing methodologies or switching tools):

For each of these reasons, there are tips you can use to drive your initiative forward.

I’ve been a manager for many years at companies of different scale. Through these experiences, I’ve done my share of learning, and made some mistakes along that way that were important lessons for me. I want to share those with you.

The four mistakes that Sarah details, which we can all learn from:

Shekhar Gulati does a quick retro after his first year as CTO. Their lessons include:

And a few more.

I enjoyed reading what Anna had to say about the advice she had been given and the process she created for doing introduction one-to-one meetings with her new team.

When I joined the Financial Times as Technical Director for FT.com, I inherited a team of around 50 engineers. One of the first things I did was meet each of them for a one-to-one. I was initially resistant, but it was extremely valuable, I’m glad I did it, and I would definitely do it again in a future role. I ran each meeting in the same way. Firstly I ran through everything I planned to cover, and then stepped through it…

The multidisciplinary field of AI Ethics is brand new, and is currently being pioneered by a relatively small number of leading AI organizations and academic institutions around the world. AI Ethics focuses on ensuring that unexpected outcomes from AI technology implementations occur as rarely as possible. Daniel and Chris discuss strategies for how to arrive at AI ethical principles suitable for your own organization, and what is involved in implementing those strategies in the real world. Tune in for a practical AI primer on AI Ethics!

From principles like “always be aware of what’s going on in your team and product” to hiring advice like “what to look for in senior engineers”, this repo is brimming with knowledge anyone in (or considering) management should be aware of.

Grab a hot beverage and a warm blanket because it’s time for a fireside chat with the Go Time panel! We discuss many topics of interest: what we’d build if we had 2 weeks to build anything in Go, the things about Go that “grind our gears”, our ideal work environments, and advice we’d give ourselves if we were starting our career all over again.

Get some wisdom from Jason Warner, CTO of GitHub on building and leading engineering teams that scale.

If building a high-powered engineering team is hard, successfully scaling it through hyper-growth is near impossible.

The culture of any organization is shaped by the worst behavior the leader is willing to tolerate. Culture isn’t just about the “feels;” it’s about accountability and behavior. Whatever you do as a leader and whatever you tolerate becomes the standard for your entire organization.

If you are a leader or someone aspiring to lead, consider this approach to engineering management.

This post is a summary of the approach and tools I’ve used to build an engineering team, where everyone is a leader - including sharing of the project management expectations Google Docs guide that my team uses. It’s also a reflection on the pain points that came with this approach. I can’t advocate for how universally this approach could work. However, based on my results, it is something I suggest engineering leaders - especially frontline managers - consider as an option.

Johnny, Carmen, Jon, and returning guest Stevenson Jean-Pierre talk about hiring engineers with a focus on junior roles. Why do we keep running into these ridiculous job listings that nobody could ever live up to? What benefits do junior developers bring to the team? Why don’t teams put more focus on developing junior engineers? What can we do better?

Claire Lew, the CEO of Know Your Team, shares 5 not-so-often-shared ways to manage up and have a better relationship with your boss.

You want to manage up – but what you really mean is that you simply want to work well with your boss. Who doesn’t? Especially when your boss is pestering you with questions via Slack after work-hours, or failing to give you enough time to complete projects…

Based on research we’ve done over the past five years with hundreds of managers and employees, and the insights shared in our online leadership community, The Watercooler, here are the 5 distinct ways you can manage up to have a better relationship with your boss.

We’re on the expo hall floor of OSCON 2019 talking with Eric Holscher, Ali Spittel, and Hong Phuc Dang. First up, we talk to Eric about his work at Write the Docs, ethical advertising, and the Pac-Man rule at conferences. Second, we talk with Ali about her passion for teaching developers, her passion for writing, and her new found love for podcasting. Last, we talk with Hong about her work at FOSSASIA, the disconnect between America and Asia in open source, and several of the cool open source projects they have on GitHub.

Most people are modest about their contributions in the workplace. We also forget how important our contributions are. Then, when it comes time for recognition, you’ve forgotten, others didn’t notice because they don’t understand all the details and moving parts, and work just moves on. What do you do if/when your work goes unnoticed? Here’s what Julia Evans suggests…

Instead of trying to remember everything you did with your brain, maintain a “brag document” that lists everything so you can refer to it when you get to performance review season! This is a pretty common tactic – when I started doing this I mentioned it to more experienced people and they were like “oh yeah, I’ve been doing that for a long time, it really helps”.

Where I work we call this a “brag document” but I’ve heard other names for the same concept like “hype document” or “list of stuff I did” :).

BONUS — Julia included a basic template for a brag document at the end of the post.

What does it take to be successful as a CTO? The stories of founder/CEO transitions is plentiful, but what about the evolution of a company and the need for a CTO who has a vision of how to do things and the team and skills needed to make it happen?

A CTO at this point still needs to mainly look inward and know how to code, know the structure of the application and infrastructure, but the focus is shifting towards managing a team, establishing a culture and processes to be able to grow quickly. Growing also means hiring but also making sure that every hire is an effective team member as soon as possible.

For the entrepreneurial type: this is a great dive into the fundamentals of product-market fit by @sparkszilla. The whole read is worth it if you’re interested in raising funds in the future. The heart of the article stems from three axiomatic theories:

And the Vohra questionnaire to see if you have PMF is one I’ll keep on hand for the future. 👌 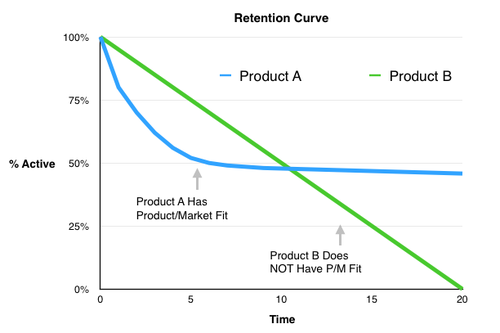 For the final show of 2018 I’m talking with Travis Kimmel, the CEO of GitPrime. Travis has spent years as an engineering manager. Travis’s mission at GitPrime is to bring crystal clear visibility into the software development process and bridge the communication gap between engineering and stakeholders. This communication gap is often an ongoing plague in product development lifecycle. We talked through focus, tech debt, leading teams, predictability, and more.

Lorenzo Pasqualis on why agile practices and vision must coexist. And why. 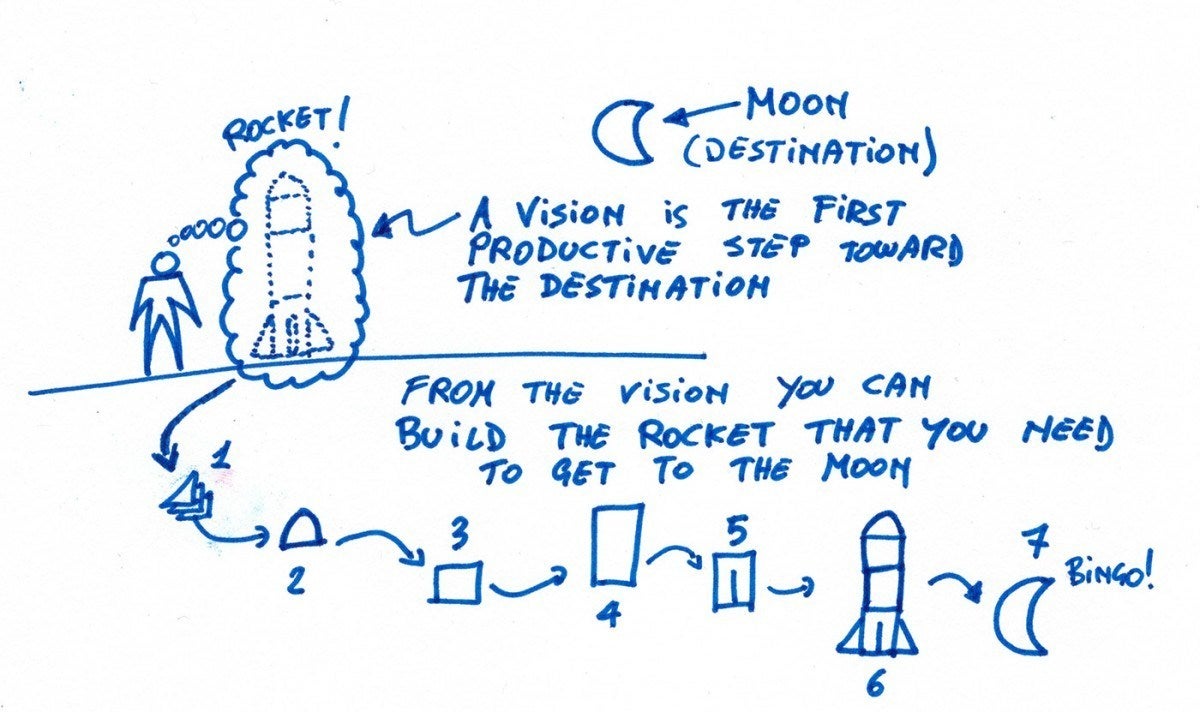 The important thing to remember about leading is you have to have clear lines of communication with those you lead. I love the ideas Lara shared in this guide to writing a “week in review” team update.

This doc helped me set records straight, disseminate info to lots of people at once, and open up conversation internally, while reflecting on the themes that had come up in weekly one-on-ones, backchannels, team meetings, etc. What I chose to write about each time widely varied.

Though the teams who reported to me were the primary audience for this doc, I kept it internally-public, meaning that anyone at the company could read and comment in it. I found that some other managers just weren’t talking about hard things that were happening…

Hey leadership friends out there — Rui Peres did a great job breaking down his experience being an engineering manager of 10 people in 2017 and how it impacted him as a professional.

My negotiation skills also improved. I used to start a conversation with “no”, now I make a conscious effort to say “no, but” and present alternatives. Thanks to a fellow engineering manager, I learned to make the distinction between what needs to be built and when it needs to be done (big difference). This innocuous detail helps me have better judgement of a situation.